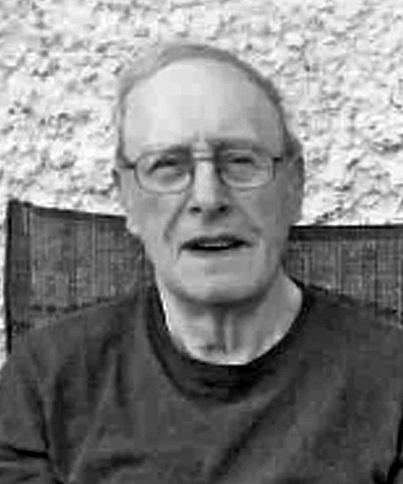 Raymond Carl Kitch passed away Monday, Dec. 19, 2022, at the age of 93 years. Ray born July 23, 1929, at Melville, SK to Adam and Phyllis (Weber) Kitch. Adam passed away in March of 1931. Phyllis married Henry Hauser in October of 1937. Ray received his schooling in Waldron, Audley and Pelly Schools.
In the early 1950s, Ray met Pauline Elizabeth Bach (Liz) and they were married on Nov. 19, 1953. Their son, Tom, was born in 1954. Ray and Liz farmed in the Waldron district. In 1957 they moved to BC where Ray worked at a saw mill. They then moved back to Saskatchewan and continued to farm until going into the hotel business. They owned Waldron, Qu’Applle and Hubbard Hotels before retiring in Waldron. It was during this time that Ray perfected his pool playing skills and being a pool shark he has many trophies from playing in the Saskatchewan Games and at Maple Leaf Billiards (now Matty’s) in Melville. Ray was a charter member of the Waldron and Qu’Applle Lions Clubs. Ray made many lasting friendships and had lots of laughs and conversations over an occasional beer (and he liked his beer).
Ray moved to the Morris Lodge in Bangor, and he especially liked his visits and country drives with Brian Jones. Due to failing health, he moved to St. Paul Lutheran Home in Melville, where he resided until his death.
Ray was predeceased by his wife, Liz; parents Adam Kitch and Phyllis Hauser; step-father Henry Hauser; brothers Arnold Kitch and Roland Kitch; sister Sylvia Ricker; sisters-in-law Agnes Kitch and Irene Hauser.
He leaves to mourn: his son, Tom and wife Bev; grandson Travis; granddaughter Kirby and great-granddaughters Sawyer, Emerson and Presley; brother Donald Hauser; sister Elaine Geortzen; brother-in-law Wayne Ricker; as well as many nieces and nephews.
Special thanks to the staff on Academy Road at St. Paul Lutheran Home for the care given to Ray.
In keeping with Ray’s wishes, a graveside service will take place in the Waldron Cemetery at a later date. Memorial donations may be made to the Waldron Cemetery Fund.
Arrangements were entrusted to Mathews Funeral Home, Melville.