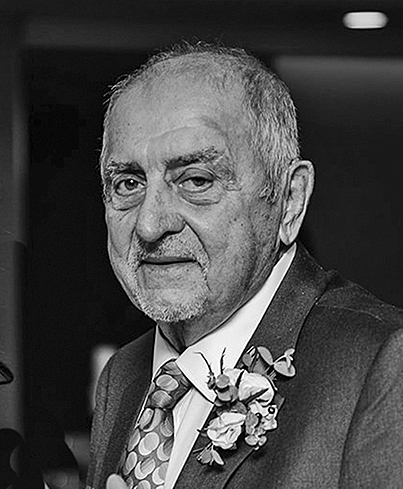 It is with great sadness that we announce the passing of Wilf Goebel of Neudorf, at St. Peter’s Hospital on Wednesday, Dec. 21 at the age of 84.
Wilf Goebel was born on the Boyle farm north of Neudorf on June 18, 1938, to Alfred and Lillie Goebel. The family moved several times in the area, and then settled two miles north of Neudorf on the farm site at SE26 when Wilf was about 6 years old. He attended Pheasant Hill School, then Neudorf School until grade 8. He quit school to help his father on the farm. The new farmhouse and barn were built in 1951. This was where Wilf raised his family and called home for over 70 years. In the early years, Wilf worked off the farm doing road construction and other jobs in the off-season. Wilf never missed helping his dad with one seeding or harvest on the family farm.
Wilf married Ruth Ottenbreit on Aug. 11, 1967, and they were blessed with three children: Leah, Callen and Travis. They farmed with Alfred and Lillie and continued to expand their grain and commercial cattle operation. Wilf and Ruth took over the farm when his parents retired. Wilf took great pride in his Maine Anjou cattle, and even imported a cow from France. In conjunction with the farm, Wilf operated a backhoe business, and the backhoe is still in service today. Later in his life, he found a passion for driving highway coach in the farming off season. After a long and successful farming career, Wilf and Ruth retired in 2009. Sadly, Ruth passed away July 10, 2011.
Wilf had many interests and hobbies. He owned many fancy and fast cars, and they were his pride and joy. In his younger years, and even in his older years, he had a heavy foot, and often, if you were passenger with him, you had to hold on for dear life! Oval track snowmobile racing was another hobby he enjoyed. He raced competitively for years and was even sponsored by Yamaha at one point. Participating in tractor-pulls was another favorite pass-time. He served as a Councilor and then Reeve for the R.M. of McLeod for over 25 years. Wilf also dedicated his time as a volunteer firefighter and Lion’s Club member and remained a member to his passing.
In the summer of 2011, Wilf found his second home at Child’s Lake, Manitoba, where he spent most of his time. It was his favorite place in the entire world. He loved to fish, drive his boat, side-by-side and snowmobile, water-ski, and play cards with friends and family. He also enjoyed just relaxing on the deck admiring the beautiful scenery and having evening visits around the fire. The family was very blessed when Wilf was re-united with his friend Pearl. She was a great companion and best friend to him. They enjoyed their time spent at the lake, farm, and in Penticton, and went on many travel adventures together. Wilf loved his family dearly. He spent many hours watching his children and grandchildren compete in sports, and other extracurricular activities. He especially enjoyed hockey where he would cheer them on and was their biggest fan. Wilf lived his life to the fullest. “Work hard, play hard” was his motto!
Left to cherish his memory are his loving partner, Pearl, children, Leah (Wade), Callen (Sherri), and Travis (Brigitte); his grandchildren, Taylor (Alanna), Colton (Annie), Brennan (Cortni), Trey, Clark, Aria, Calla, Kade and Ethan; great-grandchildren Cohen and Hadley. Also left to cherish his memory are his only sister Corine (Don), numerous nieces, nephews, in-laws, cousins, and friends.
In lieu of flowers donations can be made to the St. Peter’s Hospital Palliative Care or to Neudorf Trinity Lutheran Church Memorial Fund.
Wilf’s funeral service was held Friday, Dec. 30, 2022, at Trinity Lutheran Church in Neudorf, SK, with the Rev. Dong Joo Kim officiating. Participants included pianist Barbara Waldbauer who led the congregation in the hymns, Trey Goebel sang a tribute song for his grandpa entitled “I Wish Grandpas Never Died”, Leah Tuba, accompanied by Barbara Waldbauer, sang the hymn “I Surrender All”, Callen Goebel delivered the eulogy, and Clark Goebel, Brigitte Lacelle and Wade Tuba read scripture passages. Interment took place in Neudorf Cemetery with Taylor Schick, Colton Schick, Aria Goebel, Clark Goebel, Brennan Schick and Trey Goebel acting as pallbearers.
Arrangements were entrusted to Matthews Funeral Home, Melville.