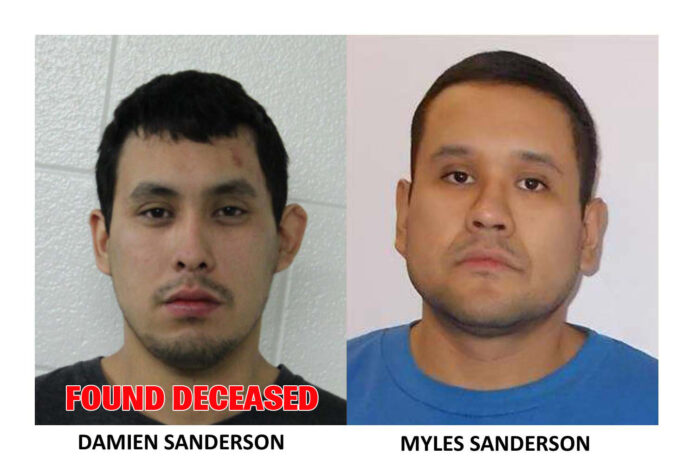 RCMP report that after 11:30 a.m. today, a deceased male was located on the James Smith Cree Nation. At 1:17 pm., it was confirmed by Saskatchewan RCMP Forensic Investigation Section the deceased is wanted Damien Sanderson.

His body was located outdoors, in a heavily grassed area in proximity to a house being investigated. RCMP confirmed he has visible injuries, not believed to be self-inflicted at this point. The exact cause of death will be determined in conjunction with the Saskatchewan Coroner’s Office with a date and time to be determined.

Myles Sanderson, Damien’s brother, may have sustained injuries, which has not been confirmed. RCMP stated that they want the public to know this because there is a possibility he may seek medical attention.

“Even if he is injured, it does not mean he is not still dangerous. Myles has a lengthy criminal record involving both persons and property crimes,” the RCMP said in a statement.

Myles is facing three counts of first-degree murder and is wanted. He is considered armed and dangerous. If you see him, do not approach him. If you know of his whereabouts, immediately call 911.

This latest update brings the count of this tragedy to 11 deceased, 19 injured and 13 crimes scenes.