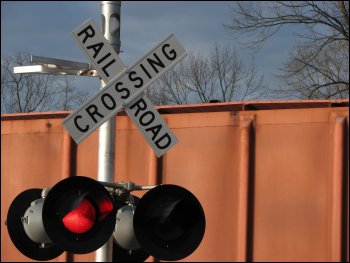 This afternoon, shortly after 12:00 p.m., Fort Qu’Appelle RCMP received a report of a train derailment approximately 3.2 km west of Edgeley, SK on the 2154 grid, approximately 1 km north of Highway #364. Officers from the Fort Qu’Appelle, Indian Head, and White Butte RCMP Detachments immediately responded to the scene and established a perimeter.

Preliminary investigation has determined there was a collision at a level crossing between an east-bound train and a south-bound road maintenance vehicle immediately before the train derailment. A 57-year-old male from the RM of Lajord was driving the road maintenance vehicle at the time of the collision and was pronounced deceased on the scene by responding EMS. The family of the deceased has been notified of his death and Victim Services have been made available. No other injuries were reported to police.

CN Police remain on scene and will continue the investigation.