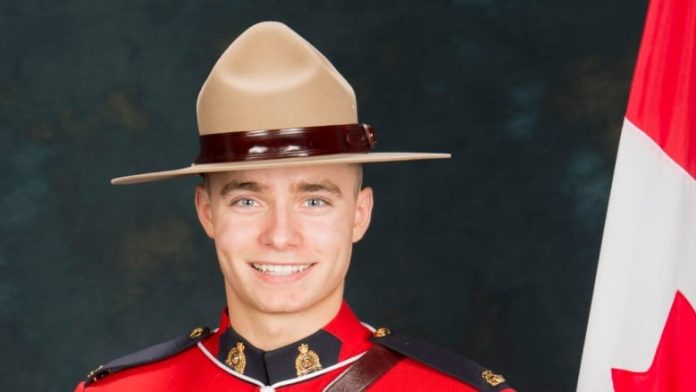 On June 12, 2021, an Indian Head RCMP officer died in the line of duty while investigating two suspects who were driving a stolen pick-up truck from Manitoba. As a result of the initial investigation, two individuals, an adult male and an adult female, were arrested and charged.

“The words “investigation is ongoing” often accompanies many of our public statements.Since June 12, Saskatchewan RCMP Major Crime Unit North investigators have remained committed to the investigation into the death of Cst. Shelby Patton. This includes conducting further witness interviews and completing forensic examinations. As the result of continuous work and consultation with Crown Prosecution, the adult male is now charged with one count of first degree murder,” said Assistant Commissioner Rhonda Blackmore, Commanding Officer of the Saskatchewan RCMP.

The initial manslaughter charges laid against both individuals in relation to Cst. Patton’s death have been withdrawn and the following new charges laid:

• Marlene Velma Louise Pagee (1978-10-05), from Winnipeg, Manitoba, has been charged with one count, Accessory After the Fact to Murder, Section 240 of the Criminal Code (previous manslaughter charge withdrawn)

All other previously announced charges remain before the courts and both individuals have remained in custody since their respective arrests. Traverse appeared in Regina Provincial Court at 9:30 a.m. and Pagee will appear at 2 p.m. today.

“The RCMP community and Indian Head rallied around our officers and local detachment and have announced wonderful tributes to an exceptional police officer. Time continues to pass, but we will not forget the ultimate sacrifice of our friend and colleague, Cst. Patton,” shared Assistant Commissioner Blackmore.