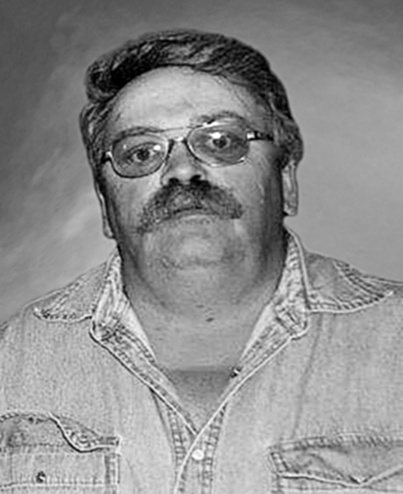 It is with a sense of great sadness that we announce the passing of Vern Sawchuk on Monday, Oct. 4, 2021, at St. Peter’s Hospital in Melville, Sask., at the age of 54 years.
Vern was born on Nov. 1, 1966, in Balcarres, Sask., son of Walter and Jean (nee Martin) Sawchuk. He was the baby in the family. He grew up on the family farm at Ituna and attended Ituna School and Melville Comprehensive School. Vern began his working career at the Deer Park Bus Garage in Melville. Yearning to be more involved in farming, he left the garage after 15 years and began working for local farmer and friend Morris Feduk. It was here that he became known as “Pickr2”, as he spent many hours and years picking stones, so many hours that Mr. Feduk had a personalized license plate made for Vern!
Vern worked alongside “Pickr1”, the late Steve Matechuk, for many years. He and Steve became very good friends. They enjoyed each other’s company so much that they would stop for coffee breaks together on the field and then have lunch together, again on the field! In 2010, Vern started working for his brother Cameron on both the farming and construction side. It was also here that he worked alongside his brother and best friend Keith, which he very much enjoyed. Due to declining health, in July 2020, Vern moved to St. Paul Lutheran Home in Melville and enjoyed his new extended family.
Vern was a member of Melville ShowStopper’s, the Passion Play and the Western Development Museum in Yorkton. It was through his friendship with the late Steve Matechuk that Vern became involved with the Yorkton Threshermen’s Club. He truly enjoyed the grounds buzzing with excitement, the smell of fresh-baked bread, fresh-drawn lumber and turned sod. Vern also enjoyed snowmobiling, grass drags and a good game of crib! He was a very sociable individual, often seen interacting with patrons and staff at Western Pizza and Tim Horton’s. Vern also enjoyed stopping for coffee with friends and family on a regular basis. He liked to refer to himself as the best looking man in Melville’!! Vern took special interest in attending family functions and attending his nieces’ and nephews’ events when he could.
Vern was predeceased by his parents, Walter and Jean, and infant brother Herman. He leaves to cherish his memory: his brothers, Cameron (Robilyn), Barry (Glenda), Craig (Debbie), Rodney and Keith, and sister Patty (Ray); twelve nieces and nephews; thirteen great-nieces and nephews; aunts, cousins and friends.
A time of public visitation and remembrance was held for Vern on Thursday, Oct. 14, 2021, at Matthews Funeral Home, Melville. A private graveside service followed on Friday, Oct. 15, 2021, in the Ituna and District Cemetery. Vern’s family and friends were considered honorary pallbearers, and the active pallbearers were Keith Sawchuk, Travis Sawchuk, Tyler Sawchuk, Drew Sawchuk, Taylor Bohay, Cody Sawchuk, Wyatt Sawchuk and Levi Sawchuk. To leave a message of condolence or to make a memorial donation, please visit matthewsfuneralhome.ca
Arrangements were entrusted to Matthews Funeral Home, Melville.
Vern was a special person to all who knew and loved him. Vern made many friends who have helped and supported him during his life. Your kindness is truly appreciated.