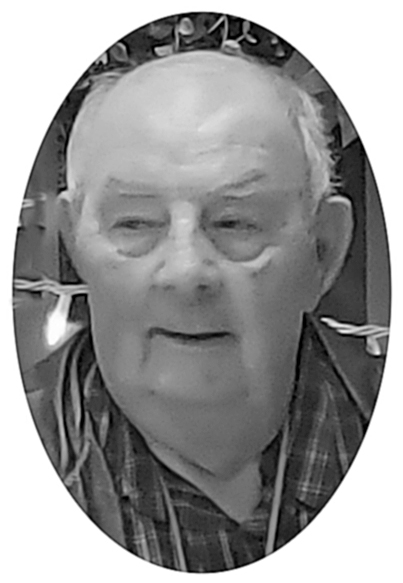 Steve Matechuk was born on Feb. 9, 1934 in the Hamton district. He was the fifth of eight children born to Mike and Anne Matechuk (nee
Andrusiak). Steve’s parents farmed in the Hamton area for several years until they decided to buy a farm north of Veregin where they continued to farm, raising cattle and chickens.
Steve attended schools in the Veregin and Kamsack district and decided after graduating from grade 8, to farm with his parents and find jobs to support himself. He worked hard on the family farm as that was his true passion in life.
In 1953, he met the love of his life, Anne Makowski, who lived in the Norquay dsistrict. Steve and Anne were united in marriage on May 28, 1955. Steve started working on the CN Rail in June 1952 and after working in several locations in Saskatchewan and Manitoba, they decided to move to Melville in 1955 where they still reside to this day. Steve continued to help his parents farm until they sold it in 1973.
Steve worked on the CN Rail for 37 years and the last few years he switched over to driving the passenger train mainly to Watrous employed by Via, and retired in January 1990.
During his working years, Steve was well known for helping friends and neighbours building decks, cupboards and garages, and had a hard time saying no to help a friend. Steve was always there to help one of his boys build a basement suite, pour a driveway, or build a shed. He loved deer hunting with his sons and friends. He loved to tell
stories and had a great sense of humour. He had a passion for carpentry and took pride in what he built and was also an electrician, mechanic, and a plumber. He worked for a farmer in the Melville area for several years after his retirement and climbed onto his tractor pulling a rock picker for the last time at the age of 82.
He was a member of the Passion Play, Louis Riel and a member of the Western Development Museum in
Yorkton as he always loved to work on heavy machinery. Steve was known for his great strength and loved a good fight. He loved to dance and play the violin and delcimar. He was one of the first to attend a dance and the last to leave. On Thursday, Aug. 19, 2021 Steve entered his eternal rest peacefully in St. Peter’s Hospital at the age of 87 years.
Steve is survived by his wife Anne of 66 years; five sons: Ken (Leslie), Michael (Lois), Gerald (Denise), Francis
(Nancy), Alvin (Celeste). He also leaves behind 14 grand- children and 20 great-grand children. Steve is also survived by his brother George; sisters, Sylvia Boychuk, Dora Lacktin and Mary Silver. Steve was predeceased by his father Mike and mother Anne; son Greg; grandson Kenneth; brothers, John and Pete; and sister, Olga.
The funeral mass was held on Monday, Aug. 23, 2021 at 10:30 a.m. from St. Henry’s Roman Catholic Church in
Melville with Rev. Father Andrew Sowa, OMI, as the Celebrant.
Arrangements were by Bailey’s Funeral Home, Melville.