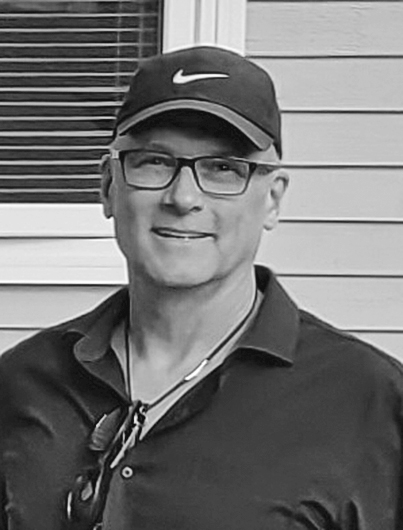 It is with great sadness that we announce the passing of James Duncan Brian Lintott on Tuesday, Oct. 18, 2022 at the age of 57.
James (Brian) was predeceased by his father Fred Lintott; brother-in-law Bob Innes; sister-in-law Doris Lintott; and mother-in-law Kathe Martens.
He is survived by his wife Irene; and her children, Katie and Brandon; mother Isabel Lintott; brother Rick (Laura), Mike (Jody), Rob (Tara); sister Debra (Reg) Hanowski, Kara (Gerry) Scott, Jared (Kristin), Rhett (Jolene); sister Sandra Innes, Joyce (Mark); brother Leslie (Mhairi), Graham (Corey), Derek, Stuart and Hannah; father-in-law Helmut Martens; aunts Joyce Guernsey and Jacqueline Lintott, and uncle Dennis (Norma) Howie; and many great-nieces and nephews; Brenda Lintott and Derek Voll.
James (Brian) was born on Jan. 23, 1965 in the Neudorf Hospital. He attended and graduated from school in Neudorf. He joined the Melville Air Cadets and had keen interest in the programs they provided, it was there that he earned his Glider Pilot and Power Flight Wings. Every Saturday and Sunday morning, weather permitting, he was off to Yorkton where he flew the glider, introducing many young fellow cadets to gliding.
After graduation he worked in lumberyards in Melville and Yorkton and then at K2 Potash Mine in Esterhazy. During his time working at the mine he became interested in Instrumentation. In 1987 he enrolled at SIAST in Moose Jaw in Instrumentation Technology. He graduated in June 1988 with a Diploma in Instrumentation Engineering Technology and then went on to obtain his Interprovincial Journeyman Certificate in Instrumentation. He was then employed by Trans Canada Pipeline and moved to Medicine Hat, Alta.
He married Brenda Voll and they were joined by her son Derek.
With time, life changed for James and he moved to Okanagan Falls, BC when he changed jobs. He was employed by ConocoPhillips in Fort McMurray, Alta. at the time of his passing.
In March of 2016 he married Irene Martens and they made their home in Penticton, B.C.
James gave his life to his Lord and Saviour and was an avid spokesperson for A21 (an organization that works to fight against human trafficking).
He loved the outdoors and had many interests, among them being model planes, mountain biking, hang gliding, flying, motorcycles, playing guitar, golf and travelling.
A celebration of his life was held at the Vineyard Church in Penticton on Thursday, Oct. 27, 2022 and burial in Lakeview Cemetery, Penticton overlooking Lake Okanagan.