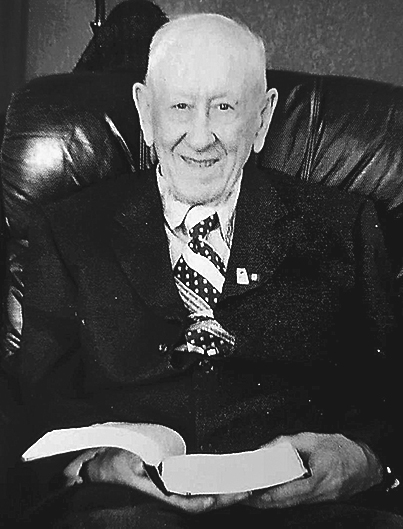 On Monday, June 6, 2022, Cyril Elliott, late of Fort Qu’Appelle and formerly of Abernethy, Sask., passed away peacefully in the Fort Qu’Appelle All Nations’ Healing Hospital at the age of 97 years.
Cyril was predeceased by his wife Mavis (nee James); his siblings: Albert Elliott, Gerald Teece and June Miekle; several in-laws; his grandson, James Prevost; and his daughter-in-law, Kerri Elliott.
He is survived by daughter, Janet Prevost and her family: Desiree Elliott (Dustin Pratt) and their family, Kyleigh and Mackenzie Pratt; Destinee Collins; William Prevost; Georgia Prevost; son Mervin Elliott and his family: Logan Elliott (Sarah Fontaine) and their family, Wyatt and James Elliott, Jackson and Isaac Fontaine; Ayanna Delorme; his son-in-law, Jim Prevost; and two sisters-in-law, Gladys (Keith) James and Fay McDougall; as well as numerous nieces and nephews, family and friends.
Cyril shared stories of his growing up years on the farm working the land, raising cattle and hauling wood with Bert and his dad. He loved his children and their families deeply. It brought him a lot of joy to spend time with them whether for pop in visits or a turkey dinner. With thankfulness, Cyril often recounted the day the James’s came onto their farm inquiring about beef. This led Cyril to find his treasure in the gospel and in the summer of 1967 at Theodore convention he made his choice to serve God. Cyril kept true to that choice and his love and zeal for his faith was the source of strength that kept him through the experiences of life.
A visitation for Cyril was held in the Legion Hall, Fort Qu’Appelle, Sask. on Thursday, June 9, 2022 at 9 a.m. The funeral service was held in the Legion Hall on Thursday, June 9, 2022 at 11 a.m. Interment followed in the Balcarres Cemetery, Balcarres, Sask. Officiants were Jack Reddekopp, Ruth Sinclair, Dustin Collins and Ruth Howard.
Online condolences may be made at www.tubmanfh.com.