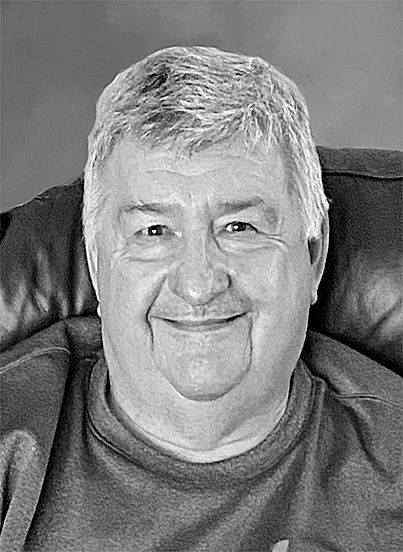 It is with great sadness that the family of Larry
Rathgeber announces his sudden passing on Saturday, June 11, 2022, at the Regina General Hospital with his family by his side.
Larry was born in Melville, SK, on Oct. 16, 1952, along with his twin brother, Les, to Peter and Emma (nee Fuhr) Rathgeber. He was baptized Nov. 2, 1952, at Zion Lutheran Church in Melville. His childhood was filled with happy times with trips to BC every summer, train rides to Winnipeg, fishing with his grandpa on the Qu’Appelle River, and spending every Father’s Day at Melville Beach. Many Saturdays were spent picking bottles in ditches for money. Larry received all his education in Melville, attending Miller School, where he would walk uphill both ways with plastic bags in his shoes 4 times a day. He attended Melville High for the remainder of his education.
Larry worked for a brief time in Calgary but came back to Melville in 1973 to begin his career with CN Rail until his retirement in August 2007. Many lifelong friends were made during his 35-year career. Larry was the most generous person. If anyone was ever in need, he was there offering help, wisdom, or even just a cold beer.
Larry began his family in 1981 with the birth of his first daughter, Tara, followed by his second daughter, Tricia, in 1983, and finally his third daughter, Tannis, in 1986. The girls were forever known from that point forward as “My three girls”. They were his world, and he was theirs. No one ever left without a hug and a kiss goodbye and “text me when you get home”. Later in life, his family grew with the addition of sons-in-law, grandchildren and great-grandchildren. His grandchildren and great-grandchildren were the light of his life. He was their biggest supporter, whether it be attending sporting events, dance recitals, giving horsey rides, playing games or, as of late, being their favourite “Face Time” partner.
Larry was involved in the community over the years, having sat on the boards for Melville Minor Sports, Melville Millionaires Hockey Club and Good Shepherd Lutheran Church Council. He spent many years running the Minor Sports canteen as well as driving bus for hockey teams, which was one of his favourite volunteer jobs.
Larry’s most precious memories were of times spent at the lake with his family and friends at his Cedar Cove seasonal camp spot. Other pastimes included fishing trips up north, hunting, and watching his beloved Saskatchewan Roughriders, Toronto Blue Jays and Melville Millionaires. His greatest passion was spending time with his family and hosting large family suppers where the turkey was always perfect, his baking delicious, and his homemade wine a plenty.
Larry was predeceased by his parents, Peter and Emma Rathgeber, brother-in-law Dave Broda, Henry and Gertrude Kohlenberg and Blaine Chornawka.
Left to honour and cherish his memory are his daughters, Tara (Kelly) Badduke of Melville; Tricia (Scott) Hynds of Regina; Tannis (Chris) Owens of Regina; grandchildren Rylan (Teigen) Badduke of Saskatoon; Janine Badduke (Mack Warren) of Ogema; Levi Owens of Regina; Morgan and Casey Hynds of Regina; great-grandchildren Boston and Brooks Badduke of Saskatoon; sister Karin Broda of Melville; brother Les (Lorraine) Rathgeber of Crooked Lake; as well as numerous nieces, nephews, friends and extended family of Henry and Gertrude Kohlenberg.
The family would like to thank the numerous family and friends who have offered love and support during this difficult time. Memorial donations can be made to the Melville Fish & Game League, the Melville Millionaires JR A Hockey Club or a charity of one’s choice.
A private celebration of Larry’s life will be held at a later date.
Arrangements are entrusted to Matthews Funeral Home, Melville.