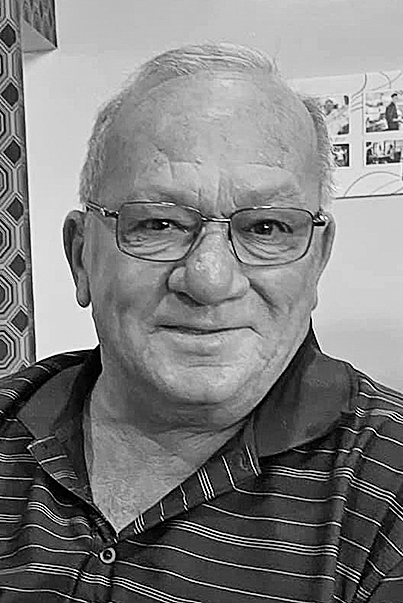 It is with great sadness that we announce the passing of Herbert Edward Cooper of Regina, Sask., who passed away peacefully with his family by his side on Wednesday, Oct. 13, 2021, at the age of 69 years.
Herb was born to Doreen and Edward on Sept. 13, 1952, in Flin Flon, Man. He grew up in Flin Flon until his father passed away, and then his family moved to the Cooper family farm near Waldron, Sask.
In 1968, Herb met Leona (nee Grainger), they were married in 1973. Herb and Leona enjoyed 48 years together raising two sons, Dallas and Ryan. Herb especially loved spending his time with his four grandchildren. He loved teaching them how to play (cheat) at cards, how to catch the biggest fish and passed on his appreciation of the Rolling Stones and Marty Robbins.
Herb enjoyed watching Nascar and NFL football. He was a true fisherman at heart. He believed everyone should drive a Ford vehicle! He also enjoyed well-earned vacations. But most of all, he enjoyed spending time with family and friends. Herb and Leona enjoyed 20 years at Crooked Lake, especially the last six years full-time living as retirees before making a recent move back to Regina.
Herb was predeceased by his father, Edward Cooper; father-in law, Lorne Grainger; two brother-in laws, Gene Council and Erwin Hahn. He will be lovingly remembered by his wife Leona; two sons, Dallas (Laurie) and Ryan (Carla)
and grandchildren, Rhys, Dayne, Everett and Abilene; mother (Doreen) and Willie; siblings (Linda, Wendy and Gary) and their extended families; mother-in-law (Kathy Grainger); as well as many, many friends.
A celebration of Herb’s life will be held on Saturday, Oct. 23, 2021 at 1:30 p.m. in the Melville Community Works hall, 800 Prince Edward St, Melville, SK S0A 2P0.
In lieu of flowers, donations in Herb’s name are gratefully accepted to the Regina Food Bank, 425-445 Winnipeg St., Regina SK, S4R 8P2 or to the Rail City Industries, 150 2nd Ave. W., Melville, SK S0A 2P0.