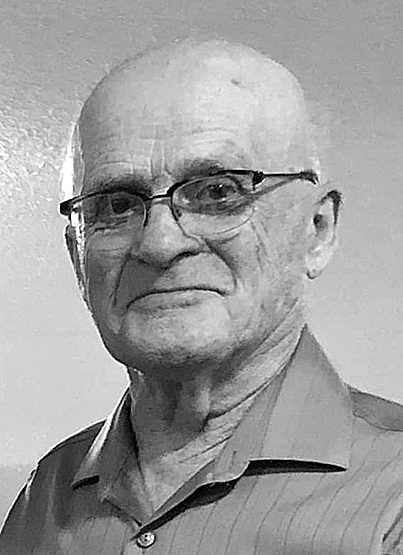 Norman William Ulmer of Neudorf, SK, passed away peacefully at the age of 86 years, surrounded by his loving family, on the afternoon of Saturday, Oct. 2, 2021. He was predeceased by his parents, David Ulmer and Kate Schienbein; brother in infancy Norman David; and brothers-in-law Charlie Armbruster and Allan Gerhardt. Norman is survived by his loving wife of 64 years, Jean; his son, Darren (friend Jennifer); his daughter, Colleen (Darren); his grandchildren, Keeley (Colton), Dillon, Cole and Hanna; and is remembered by his brother, Chris (Betty) and his sisters, Nora and Dianna (Leo), and their families.
Norman was born on May 19, 1935, and raised near Neudorf, SK, on the family farm. He was baptized and confirmed in Trinity Lutheran Church in Neudorf, SK. He attended Neudorf School and then helped his dad farm. On March 1, 1957, Norman married Jean Armbruster; they would be blessed with two children, Darren William and Colleen Jean.
Norman and Jean lived and worked in Regina for 10 years, moved to Vancouver, BC, for six months and then returned to Neudorf as the manager of the Neudorf Co-op. After almost 20 years of dedicated service at the Co-op, he started his next venture: HIWAY Service on Highway 22. As well as providing fuel and mechanic services, it was his “social centre” for many years, where many joined him for “camp fires” in the service bay, until his retirement in 2000. Norman’s community service included many years as secretary/treasurer of the church and an invaluable member of the Volunteer Fire Department.
Norman’s life was full of memories of the times spent fishing in the Qu’Appelle Valley, having breakfast on the beach with the boat people, travelling with friends to cabarets, dancing at Polka Fest or just having a drink on the deck at Crooked Lake. He will be remembered by all for how he greeted everyone with a firm handshake and smile. His pride and joy was spending time with his grandchildren fishing or pulling them behind the boat for hours on end.
A funeral service was held at Trinity Lutheran Church, Neudorf, SK, on Friday, Oct. 8, 2021, with the Rev. Donald Koch officiating. Organist Sherri Hoehn led the congregation in the singing of the hymns, “Near to the Heart of God”, “In the Garden” and “I’m But a Stranger Here, Heaven Is My Home”. Interment took place at the Neudorf Village Cemetery with Keeley Zimmer, Colton Hendriks, Dillon Zimmer, Cole Ulmer, Hanna Ulmer, Chad Armbruster and Darrell
Ulmer acting as pallbearers.
Arrangements were entrusted to Matthews Funeral Home, Melville.