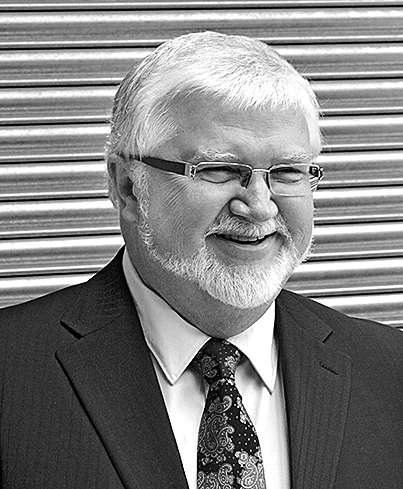 Ron Hnatiuk, beloved husband of Margaret Hnatiuk of Swift Current, passed away on Thursday, Sept. 23, 2021, at the age of 74 years.
Ronald Reginald Dmytro Hnatiuk was born on Feb. 21, 1947, in Insinger, SK, delivered by his father, John Hnatiuk during a terrible blizzard when medical help was unavailable.
Ron grew up in various teacherages in Saskatchewan, including Wishart and Runnymeade. Skipping grades in school, he attended Teacher’s College at a young age, where he first learned his lifelong love of education. He taught at Punnichy, Sask., returning to the University of Saskatchewan to complete his Bachelor of Education degree two years later. In 1970, he began teaching in Swift Current, Sask. with his then-new wife and soulmate, Margaret (Reinhardt). He continued his education completing his Bachelor of Arts and his Masters of Educational Administration. Ron had a stellar career as an educator, eventually becoming principal at Ashley Park Elementary School, vice-principal of the Swift Current Comprehensive High School, and then principal of the Comp for eight years, retiring in 1998 after providing 30 years of educational service.
His accolades included the SSBA Distinguished Administrator of the Year and the Canadian Association of Principals Distinguished Principal Awards. Ron was also active with the Saskatchewan Teachers’ Federation (STF), becoming an STF counsellor to help represent teachers and to sit on Boards of References, among other tasks. Fred Herron, at one time general secretary of the STF, became a valuable mentor and good friend. Following his retirement, Ron was never idle; he worked for Crop Insurance, Elections Canada and Elections Saskatchewan. He was also involved with the Saskatchewan Association of Optometrists for which he received the President’s Award in 2008 for Outstanding Service as a civilian board member of the organization.
Ron’s love of people and learning continued throughout his life. He was part of the South West Archeological Society and treasured finding arrowheads and other archeological finds; he also connected with others through genealogical research, and took courses on photography, glass making, willow furniture making, among others.
Ron developed a number of passions that continued well into his retirement, many of which showed his incredible patience and attention to detail. Ron fully restored a 1928 Ford Model A; he had never done anything like that before and, when he got the car running, he must’ve smiled for a week! Ron was never, ever bored and always had projects on the go; unfortunately, he was unable to complete his long-time pet project of building an accurate, scale model of the Bluenose. He spent many tedious hours working on it, but the time spent was always a great joy to him.
Ron also broadened himself through travel. His journey took him to places like Mexico, the Dominican Republic, the Canadian East Coast and Hawaii. In 1999, he and his father John traveled to Ukraine to stay in the Village of Beleluia, from which his grandfather Dymtro, emigrated; the three-week trip was, by his account, a trip of a lifetime. Ron also enjoyed his time spent travelling with his immediate family – he and Marg travelled to Trinidad and Tobago, where he worked with another group of educators to help teachers transition from the English A-Level system to the North American model. He enjoyed a fishing trip with his son Justin in Sooke, B.C., and also travelled with his son Lee to Las Vegas and New Orleans.
Ron passed away at the Cypress Regional Hospital in Swift Current, Sask. on Thursday, Sept. 23, 2021, at the age of 74.
Ron was predeceased by his parents, John and Helen (Peciak); and his in-laws, Russell and Dorothy Reinhardt. He is survived by his wife Margaret; his son, Justin (Pam) and granddaughter Amelie; and Ron’s youngest son, Lee. He is further survived by his brothers, Garfield (Johanna) and Ken (Dianne); Marg’s siblings, Herb (Allie) and Ann (Bob); his nieces and nephews, Mark, Erin, Christopher, Nathan, Dana, Kari, Trevor, Christine and Rob.
Ron loved his family and friends dearly. He was a proud Ukrainian and enjoyed working with family to learn more about his family’s history and culture. He was known for his (sometimes corny) sense of humour, his compassion, his generosity, his warmth, and his love of his devoted wife, Marg.
Funeral liturgy was celebrated on Saturday, Oct. 2, 2021 from St. George’s Ukrainian Catholic Church in Melville with Rev. Father Leonid Malkov, CSsR as the Celebrant. Tony Hnatiuk served as the crossbearer. Words of remembrance were given by Betti Lawrence.
Interment followed in Saints Peter and Paul Ukrainian Catholic Parish Cemetery in Fenwood with son Justin, nephews Chris and Nathan Hnatiuk, and brother, Ken Hnatiuk serving as casketbearers. Condolences can be sent to the family at baileysfuneralhome.com
The family would encourage donations to be made to NASHI, an organization working with exploited women and girls in Ukraine who were rescued from human trafficking. NASHI established Maple Leaf House, a supportive home in Ukraine to provide education, protection, and care for 20 girls. NASHI also provides education to others worldwide about the atrocities of human trafficking. For more information, or to make a donation, visit: www.nashi.ca
Arrangements were entrusted to Bailey’s Funeral Home Melville.