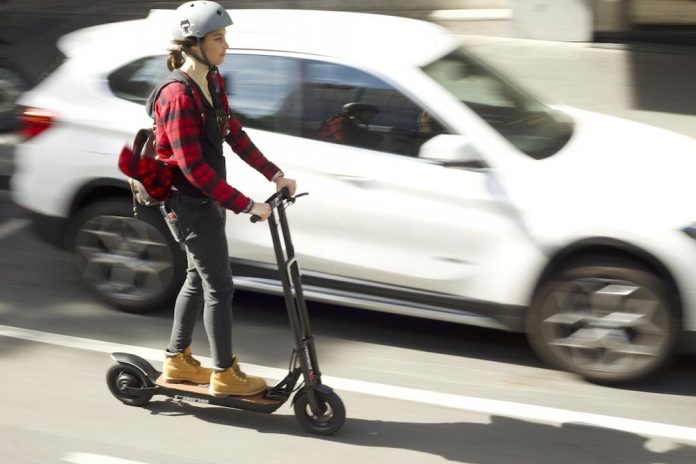 SGI wants to hear from members of the public and stakeholders about potential regulation of electric scooters on public roads.

Currently, e-scooters are classified as unlicensed motor vehicles. Under The Traffic Safety Act, unlicensed vehicles are not permitted to be used on any public roads in Saskatchewan, with certain exceptions.* (The Traffic Safety Act does not apply to the use of e-scooters on municipal sidewalks or pathways – where municipalities can regulate them – or on private property.)

The increasing prevalence of e-scooters has prompted some recent public discussion around where and when they should be allowed to be used. SGI will be meeting with municipalities, law enforcement, safety organizations and business owners to hear their thoughts on any potential changes to provincial legislation. SGI also welcomes feedback from members of the general public who have opinions on this topic.

Any business, organization or individual citizen who wants to weigh in can email autofundpartnershipsupport@sgi.sk.ca no later than Nov. 1, 2021. SGI will gather feedback throughout the fall before deciding whether to make any recommendations to government for legislative changes.

If a decision was made to allow e-scooters to be legally operated on public roads, The Traffic Safety Act would need to be amended by the provincial government. Any legislative amendment would have to address issues regarding safety, particularly for on-road use, and consider factors like inexperienced drivers, speeds and equipment.

*The Traffic Safety Act does have exemptions for some types of unlicensed motor vehicles that allows for their use on public roads, under certain conditions: