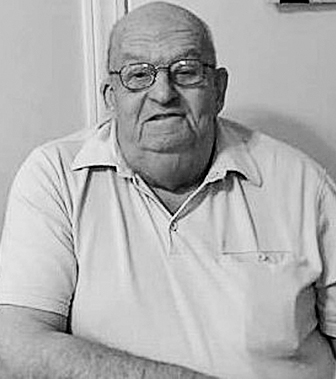 It is with deep sadness that we announce the passing of Joseph “Eldon” Klotz on Friday, Aug. 20, 2021 at age 84. Eldon went to be with his wife Isabel (of 65 years) who passed away three months earlier, whom he missed with all of his heart as she was his ‘right hand’.
Eldon was also predeceased by his parents, Katie and Nick Klotz; brother, William Klotz; sister, Agnes Donove; and son, Miles.
Eldon was born Jan. 15, 1937 to Katie (Schuster) and Nick Klotz in Regina, SK. He was one of five children. He was always there to support his family and show guidance with love. Eldon was a witty person, who loved to tell jokes. He loved to play the spoons, dance and taught his children to dance and have fun. He was a dad and a father/grandfather figure to many. He rooted for the Riders and cheered on the Blue Jays. He loved to watch the birds that came to the feeder, play cards and enjoyed having his family around.
Eldon had many jobs over the years; which included working at the Yorkton and Moose Jaw Hospital. He drove ambulance, farmed, worked for the Town of Fort Qu’Appelle and finally as the maintenance manager at New Dawn Valley Centre until he retired.
He is survived by his sisters, Marlene (Fred) Lawrek, Margret Stan; and loving remembered by his children:
Deborah, Loretta, Rick, Gary (Donna), Greg, Barry (Brenda), Roxanne (Stewart); as well as 18 grandchildren and 25 great-grandchildren.
Memorial services for Eldon will be held at a later date. Online messages of condolence to the family may be left at the Conley Funeral Home Facebook page or website.
Arrangements entrusted to Conley Funeral Home, Fort Qu’Appelle, SK. 1-306-332-0555.