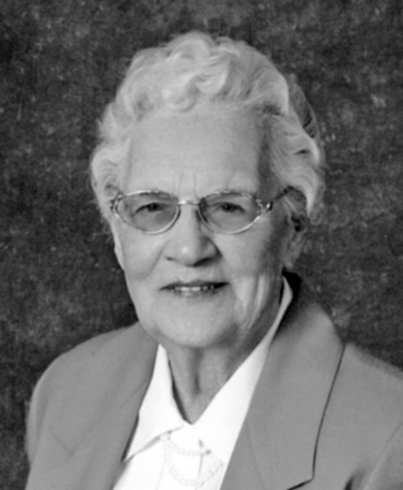 It is with heavy hearts that we announce the passing of Emily Elizabeth Thompson (nee Jordan) on Saturday, Dec. 17, 2022, at the age of 102 years.
Emily was born on March 4, 1920. One of five children born to Fred and Jean Jordan, she was predeceased by all of her brothers and sisters, with the exception of Bob Jordan, and by her husband, Adam, and all of his siblings.
She is survived by all of her children: Iris (Ken), Tom, Vicky (Herb), Brenda (Guy) and Brent (Shirley); grandchildren Kevin, Tammy, Kent (Tracey), Christina (Mike), Ryan (Carla), Tonya (Cameron), Shawn (Wendy), Chantal (Gavin), Brent (Sandra), Melanie (Quinn), Terrell and Nicholas (Natalie); great-grandchildren Matthew (Kaela), Makayla (Brenden), Kai, Tommy, Jake, Danica (Jordan), Joselyn, Owen, Amy, Clara, Noah, Ava, Nathan, Emily, Addison, Isabella and Fynn; and great-great-grandchildren Wilder, Booker and Sullivan.
Emily was born in Griswold, Manitoba, but moved to Saskatchewan at the age of 6. A hard labourer her entire life, she was working full-time by the age of 13. She stooked hay for 10 cents an acre, did child care and made meals for neighbours, tasks which she also did for her own family when her mother was unwell. She married Adam Thompson on Nov.21, 1940, in the Presbyterian Church in Regina. They worked together as farm labourers before they had their own quarter in the St. John’s district. In 1943, they moved and farmed in Hallsdale until they eventually took over the original Thompson family farm just outside of Whitewood in 1949. They had five children, Iris, Tom, Vicky, Brenda and Brent. Over the years, while Emily raised the children, Adam ran a bakery in town with her brother Bob and, later on, a water delivery business. When they moved to town, they purchased a milk delivery business which Emily operated from their home from 1954 to 1972.
Emily was very involved in the church which was of utmost importance in her life and was an Elder for 18 years. She was a member of the Legion, volunteered for the rink and worked at Francis Auction Mart. Emily loved to quilt, sew, bake, do puzzles and play cards and games with family and friends. She enjoyed the fellowship of others and was especially fond of her years at Green Street for that reason. Emily was a kind, loving, vibrant human being with a magnificent sense of humour. She will be dearly missed by all who were blessed to know her.
Emily’s funeral service was held Friday, Dec. 23, 2022, at Knox Presbyterian Church, Whitewood, with the Rev. Sunny Lee officiating. The music for the service was provided by Kim Brule and the Rev. Jinsil Park. The eulogy was presented by Kevin White, and Rev. Catherine
Dorcas shared readings and remembrances. Interment took place in the Whitewood Cemetery with Kevin White, Tammy White, Shawn Niemetz, Terrell Thompson, Matthew White and Brenden Nelson acting as pallbearers.
Arrangements were entrusted to Matthews Funeral Home, Whitewood and Melville.