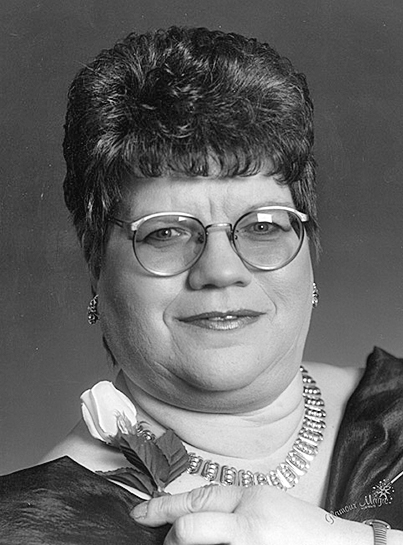 Angeline Warner was born on Aug. 3, 1951, in Melville, SK, to John and Wilhelmina (nee Wihlidal) Bernhardt. She attended Gelowitz School, Killaly School and Melville’s St. Henry’s School.
Angie worked as a candy striper in the Melville hospital and a car hop and waitress in Balcarres. In 1972 she met Raymond Warner, and on July 6, 1973, they were married. They had two children, Raeanne (Aaron) and Shaun, then two grandchildren, Scarlett and Sierra. Angie loved her children and grandchildren very much. They lived on the farm for 18 years, then in 1991 moved into Grenfell. Angie worked in the hospital until it closed, then waitressed until she retired.
In July, Angie became ill and was hospitalized, where it was found she had cancer. She passed away in the Broadview Union Hospital on Saturday, Oct. 8, 2022, at the age of 71 years.
A funeral service was held for Angeline on Wednesday, Oct. 19, 2022, at Grenfell Apostolic Church, Grenfell, with the Rev. David Wicks officiating. Judy Jolly provided the music for the service, and Angeline’s sisters, Deloris
Englot, Delilah Zulyniak and Marie Nixon, presented the eulogy. The urn bearers were Raeanne Goetz and Shaun Warner. Interment in Grenfell Cemetery will take place at a later date.
Arrangements were entrusted to Matthews Funeral Home, Melville.