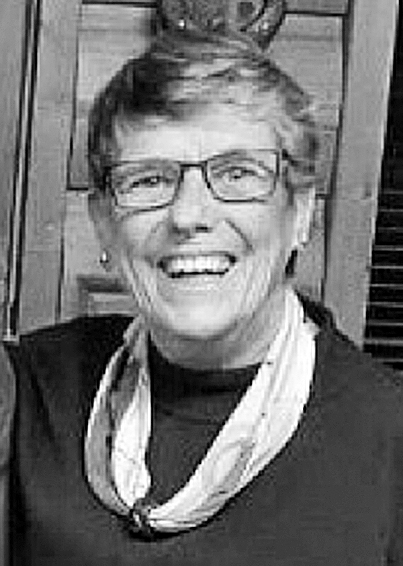 Lauretta Schwitzer of Yorkton, beloved wife of Allen, passed away on Tuesday, Sept. 13, 2022.
Lauretta was born to Paul and Gertrude Maccan on May 23, 1943 in Melville, SK. She attended school in Melville and during her high school years she worked at Piries Drug Store after school.
Lauretta married Allen Schwitzer on Oct. 20, 1964 where she then helped work on the farm. They raised two children and life became very busy. Grain farming along with raising pigs and years later ranching elk and buffalo became the main part of their life together. Lauretta and Allen went to many Canadian and International bison shows and sales together and Checotah Bison Ranch became a very well known name in the bison industry. In 1997 their hard work earned them the title of Premier Breeder at Agribition in Regina, SK.
Lauretta also worked at Harvest Meats in Yorkton for 15 years along with running the store at the Parkland Mall where they sold bison meat.
She loved planting and looking after her flowers and taming her wild animals. She enjoyed cooking and baking, sharing it with everyone. Lauretta was very sociable and enjoyed talking to anyone. Her faith was strong, attending church every weekend even if she was away on vacation.
Lauretta had a zest for life, always laughing and joking with everyone all of the time. She had a feisty side to her and kept everyone around her on their toes. She was either causing the trouble or trying to keep you in line.
Lauretta leaves to cherish her memory, her beloved husband Allen; son Trent; daughter Kim Molnar; and grandchildren, Amanda Schwitzer (Brett), Payton Molnar (Dallas) and Leyden Molnar. She is predeceased by her parents, Paul and Gertrude Maccan; son-in-law Jerry Molnar; as well as numerous other relatives.
The funeral mass was held on Thursday, Sept. 22, 2022 from St. Gerard’s Roman Catholic Church with Rev. Fr. Louis Kim Nguyen as Celebrant. The cross bearer was Terry Wassell. The scripture readers were Payton Molnar and Amanda Schwitzer. Joanne Reid read the Prayers of the Faithful. Len Gadica and Len Varga lead the congregation in the service hymns. Special music shared was “Phone In Heaven” by Mike Manuel. The interment followed in the Garden of Gethsemane, Yorkton Memorial Gardens with Fawn Cox serving as urn bearer.
Memorials in memory of Lauretta may be made to STARS Air Ambulance as gifts of remembrance. Condolences may be left for the family at www.baileysfuneralhome.com