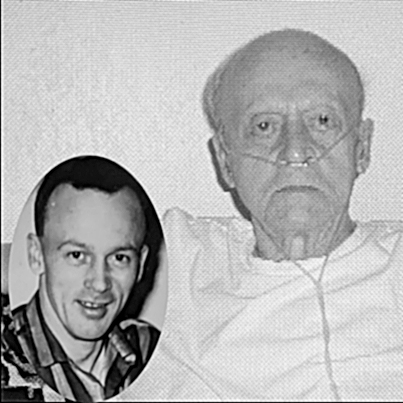 Murray was born in Broadview, Sask. on Feb. 4, 1933. Growing up in Broadview, trains were a big part of his childhood. As a young man he worked in the railyard in Broadview and then became a CPR Policeman in Calgary, after a brief time in Edmonton as a city policeman. He worked for the Alberta Liquor Control Board as an inspector in Calgary but rural life was calling, so he moved to an acreage and started a job with the Government of Alberta liquor store in Okotoks. During that time, along with Bernice, they started Deb-Lin Jersey Dairy Farm. Retirement brought him back to Broadview.
He is survived by his loving wife of 67 years, Bernice; his daughter, Linda (Randy), and granddaughter, Alison (Ben) and great-grandchildren, Max and Cooper; grandson Jeff (Britany); son-in-law Stan and grandchildren, Jason,
Murray and Krista; and sister, Muriel Campbell. He was predeceased by his daughter Deb, mother Bertha, brother Ken and sister Eileen.
As per Murray’s request, there will be no service. Donations may be made to a charity of your choice. Online condolences may be made at www.tubmanfh.com