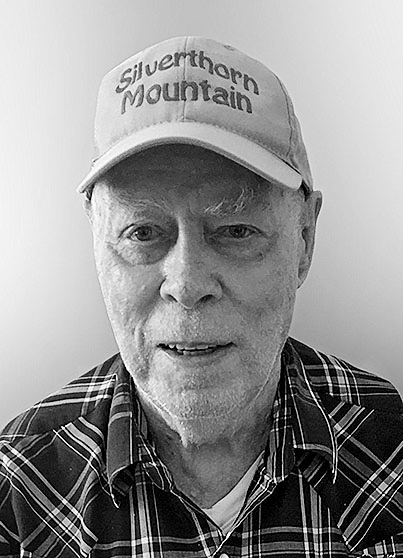 On Wednesday, Sept. 7, 2022, “Arnold” Silverthorn, late of Regina but previously from Glenavon, passed away unexpectedly from multiple organ failure.
Arnold was born in Hawarden, Sask. on Sept. 3, 1931 to George and Rosa Silverthorn. He married Norma Thompson in 1954 and moved to Glen-avon in 1956. He was a journeyman mechanic, but also a plumber, carpenter, electrician and could fix or repair anything. He drove the school bus for several years, sold snowmobiles as well as new and used cars. He played drums in a band “The Red Hot Five”, built a go-cart and was an avid curler. He was instrumental in the start-up of the Glenavon Lions Club and was a Charter Member, having received recognition for his long and dedicated service. He served as a local firefighter and was on the village council for 33 years, with seven as Mayor. He was also the front runner in starting the Glenavon Museum.
The funeral service was held in St. Andrew’s United Church, Glenavon, Sask on Wednesday, Sept. 14, 2022 at 2 p.m. with Lynette Callfas officiating. After the service the interment was held in the Glenavon Cemetery followed by lunch in the Glenavon Hall. The funeral service was livestreamed on Lynette Callfas’s personal facebook page.
Arnold was predeceased by his wife Norma; daughter-in-law Fern Silverthorn; father and mother, George and Rosa Silverthorn; step-mother Rena Silverthorn; father and mother-in-law, Alfred and Minnie Thompson; step-father and mother-in-law, George and Doris Willis; sisters, Edith (Michael) Nelson and Doreen (Mitch) Stone; and sisters-in-law, Alice (Stewart) Clute, Bev (Stan) Smerechinski, (Bud Hooper) and Sheryl (Norm) Fatteicher.
He is survived by his children: Susan (Brian) Pander, Terry Silverthorn, Dean (Jan) Silverthorn and Karen (Jeff) Fowler; grandchildren, Nathan, Lindsay (Nick), Tara (Zimani), Melanie (Tim), Cody (Kennedy), Rachel (Austin), Morgan (Jon), Amy, Jennifer (Joel), Kyle, Drew (Samantha) and Reed (Dianna); 15 great-grandchildren; sister-in-law Anita (Harry) Toews; brother-in-law Ron (Lori) Thompson.
If friends so desire, contributions can be made to the Glenavon Cemetery Association, Box 87, Glenavon, Sask S0G 1Y0 or to the Alzheimer Society of Saskatchewan, 301-2550-12th Ave, Regina, Sask S4P 3X1. Thank you to Brightwater Senior Living staff for the excellent care over the past two years and to the staff and doctors at the Pasqua Hospital. Online condolences may be made at www.tubmanfh.com