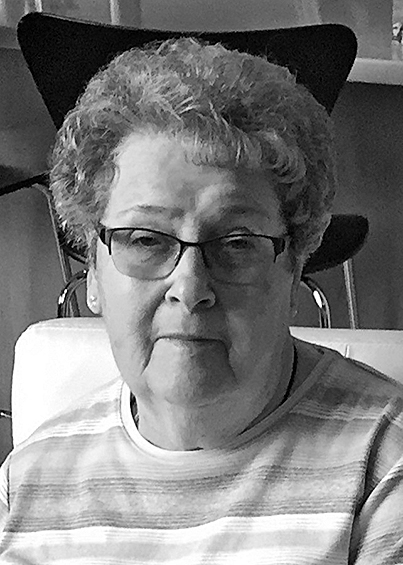 We are saddened to announce the passing of Carol Elizabeth Fairbank. Carol died peacefully in St. Peter’s Hospital in Melville on Friday, Aug. 26, 2022.
Carol was born on Aug. 6, 1938, in Mission, BC, to James and Beatrice Hamilton. Carol grew up in and around Mission attending elementary school in Stave Lake and then high school at Mission Secondary School.
Carol met the love of her life and married Doug Fairbank, on Dec. 7, 1957. They had two sons, Jim and Bob, while living in Mission. In 1967, the family moved to Golden, BC, to start a new life. Carol became very involved in the community and was an active volunteer for the Ladies Hospital Auxiliary, spending many hours wheeling a cart around the Golden Hospital and cooking and serving food at many events in town. She was also very involved with the Girl Guides of Canada and served as the Commissioner of the Girl Guides for the East Kootenay district. She worked part time for the RCMP-Golden Detachment and was on the Board of the Golden and District Hospital. She ended her term as Chairperson of the board.
She learned to cross-country ski and spent many weekends camping while Doug fished on one of the lakes near Golden. Carol loved her dogs and treated them as equals amongst humans. In 1993, Carol and Doug moved to Melville, SK to be near their grandkids.
Carol is survived by her sister Louise Lamoureux; son Jim and wife Anita (Mathew, Christopher, Stephen), great-grandson Marcus (Christopher and Kathleen); son Bob and wife Barb (Danielle, Carly, Doug).
Carol’s ashes will be placed next to Doug’s at a private graveside service in Melville.
We want to thank Anita Fairbank and the staff of the Melville Hospital for caring for Carol in her last days at the hospital.
We love you Carol, rest in peace.
Donations in memory of Carol may be made to STARS Air Ambulance, 2640 Airport Road, Regina SK, S4W 1A3.
Arrangements are entrusted to Matthews Funeral Home, Melville.