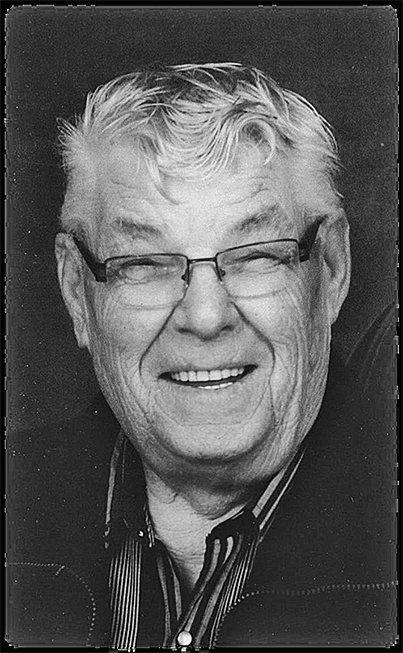 Walter Wuschenny of Ituna, SK passed away Wednesday, May 11, 2022 at the Yorkton Regional Health Centre at the age of 82 years.
Walter was born Nov. 13, 1939 to Alex and Katie (nee Plax) Wuschenny on the family farm in the Ituna district. He was the ninth child of 12. He grew up and helped on the family farm learning life values and the meaning of hard work.
At 17 he left school to work for a farmer and at 18 went to work in Regina for the next six years, only coming back to the farm for the winter. He always told us that he lived on unemployment that paid $38 every two weeks. His first passion though was farming and in 1962 he and Richard bought some land and Richard farmed the land while he continued to work.
On Oct. 10, 1964 he married Mary Lulchak and they began their life together. They raised their children on the family farm and worked very hard to make an honest living. Both had to work at other jobs to subsidize the farming income. Both spent years driving school bus and it was during those years that he became the well respected, kind, and caring man many knew him to be. He was very active in the community serving on the Ituna Hospital Board, Ituna and District Pioneer Lodge Board, Ituna Curling Association,
Ituna and District Lions Club, served as a councillor for many, many years in the RM of Tullymet and volunteered as a bus driver for many sporting and school events.
In 1978, at the age of 39, he became a paramedic. He was one of the first of four paramedics in Ituna that enabled the community to acquire an ambulance and have it stationed and staffed within the community. He, as well as Nellie and Mary, provided endless volunteer hours to the community in the years following. In 1987 he took this second passion to Prairie Ambulance in Fort Qu’Appelle, where he became an employee to Jim and Randy How. In 1988 he started Valley Ambulance Care Ltd. and worked effortlessly to build the company into what it is today with the help of immediate family, Mary, Rick, Nellie and Sally, and many staff that he always considered, his extended EMS family. He would share his time, for the next 20 years, between Fort Qu’Appelle and Ituna, dedicating 30 years to the EMS profession while still farming alongside Alex.
Dad was a hard-working man, but always made time for annual family fishing trips, skidooing, hunting, family get togethers, and spending as much time as he could with his only grandchild, Jaymie. In 1999 a farming accident would change his life on the EMS front line. He continued to manage operations until 2008. In May 2008 he was honored with two awards, The Governor General’s Award and the George Beaulac Memorial Award.
In June 2008, after years of spending tireless hours trying to trace his family’s ancestry back to the old country, he and Mary, Nellie, Ed and Jean Windysh travelled to the Ukraine. He was unsuccessful at finding any of his roots and always dreamed that one day answers would be found about where the Wuschenny family originated. Following that trip, he retired and moved back to Ituna full time. His retirement was spent mastering Crib and Hearts on the computer, watching wrestling reruns, reading, listening to music, later spending time fishing at Al’s cabin and continuing to help on the farm until his health no longer made that possible.
In 2019 mobility challenges forced dad into the retirement home where he resided until his passing.
He will be dearly missed by all who were blessed to have known him – Rest in Eternal Peace.
He was predeceased by his parents, Alex and Katie; daughter Cathy, in infancy; grandson Patrick; sisters, Mary (Mike) Patykewich, Rose (Mike) Korsak, Elsie (Doug) Weighell, brothers, Steve, Joe, Richard, Andrew (Darlene) and Sam (Rose); brothers-in-law, Tony Kowal, Peter (Leona) Lulchak and John Nikonetz; special nephew, Steven; other nieces, nephews and cousins.
He leaves to mourn and cherish his memory: his wife of 57 years, Mary; daughter Sally; son Alex; grandson Jaymie (his dad Martin); great-granddaughter, Ever (her mom Samantha), Nellie, Terry and Marie, Rick, Carly (Mitch) Frank, Marci, Renee, and Dylan; sisters, Anne Kowal,
Katherine Morrison and Zonia Wuschenny; sisters-in-law, Pauline and Flaxey Wuschenny and Anne Nikonetz; as well as, many other very special nieces, nephews, cousins, neighbors and cherished friends.
Funeral service was held Friday, May 20, 2022 at the Sacred Heart Ukrainian Catholic Church in Ituna. Interment followed in the Sacred Hearth Parish Cemetery.
Arrangements were entrusted to Bailey’s Funeral and Cremation Care, Ituna and Yorkton.