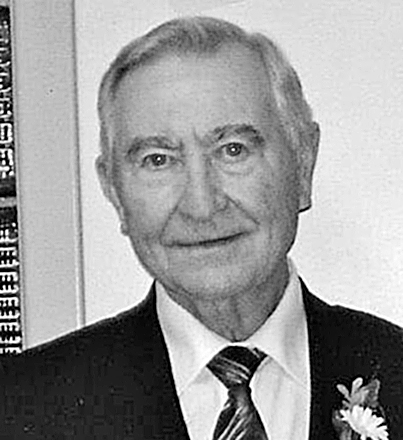 It is with heavy hearts that we announce the passing of our beloved husband, father, grandfather and great-grandfather, Leo Alexander Beutler of Grenfell, SK, formerly of Whitewood, SK, on Saturday, Jan. 1, 2022, in the Regina General Hospital. He was 87 years of age.
Leo was born Feb. 5, 1934, on a farm near Wapella, SK, to Alma and Adolf Beutler Sr. He moved to the home farm in Whitewood at the age of 12 years, where he lived for the next 60 years. Leo married Shirley Zorn of Oakshela in October 1956, and they continued farming the home place. Children born to this union were Garry, Beverly and Brian. Leo loved farming, both cattle and grain. Leo and Shirley retired to Grenfell in 2006. In 2021, they moved to the seniors’ apartments at the Legacy Inn in Grenfell, where they were able to enjoy the past 10 months together.
Leo was predeceased by his son, Garry Allan, in 2010; his parents, Alma and Adolf Sr.; brother Adolf Jr.; his in-laws, Maria and Philip Zorn; and three sisters-in-law, two brothers-in-law and their spouses on the Zorn side of the family. He is survived by his loving wife of 65 years, Shirley; his daughter, Bev (Rod) Miller; son Brian (Belinda) Beutler; his grandchildren, Chelsie (Chad) Jacobson and their children, Everly and Bennett; Taylor (Alyssa) Beutler and their children, Annabelle and Colton; Alicia Burke and her children, Carter and Mason; Amanda (Jeff) Anderson and their children, Jacob and Rayleigh; Josh (Joylynn) Beutler and their children, Asher, Elliot, Florence and Mateo; Matthew (Beth) Beutler; and Andrew Beutler. Leo is also survived by his sister-in-law, Ruth Beutler; brother Edward (Marlene) Beutler; sister Irene (Vince) Marchuck; brother-in-law Dennis (Marilyn) Zorn; and numerous nieces and nephews.
Leo’s memory and smile will live on in all those who knew and loved him.
A special thank you to the Grenfell and Indian Head EMTs, Indian Head Hospital, Regina General Hospital ER, Dr. Pooler and team, SICU, Dr. Rao and team and 6A medical staff for their excellent care.
A private funeral service and interment will take place on Friday, Jan. 7, 2022, with a public celebration of Leo’s life to be held at a later date.
Arrangements were entrusted to Matthews Funeral Home, Melville and Whitewood.