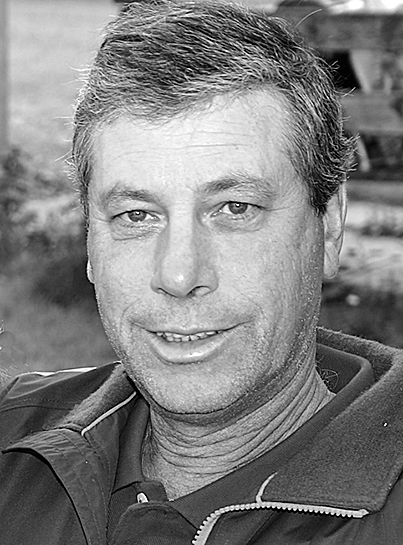 Clifford Barr of Melville, passed away peacefully on Tuesday, Dec. 14, 2021, with his family around him at St. Peter’s Hospital in Melville, SK, after a long and courageous battle with cancer. He was 70 years old.
Clifford was born May 2, 1951, at Yorkton Union Hospital. He was the second oldest of six children. Clifford went to school in his early years to Aston, then to Melville for his secondary years, graduating in 1969. After graduating, he decided to leave the farm life behind and go to Winnipeg. But he soon realized the big city life wasn’t for him, and he moved back to Saskatchewan and started working for the City of Melville. He worked there until 1973. It was at this time that Clifford met the love of his life, Darlene Huber. Clifford and Darlene were married on July 27, 1973. After they married, Clifford quit employment at the City of Melville, and they packed up and moved to The Pas, MB, as many of his friends were working at the pulp mill. He worked there for a short time, then got a job at Twin Motors in The Pas as a partsman but also didn’t stay there long as he found he didn’t like being indoors all day. Then an opportunity presented itself for a new job when he met Nestor Wulowka. Nestor had a stucco business, and Clifford found himself joining this crew. He stuccoed many buildings and houses in surrounding towns, and he thoroughly enjoyed this kind of work.
Clifford and Darlene welcomed their first child, Shane Clifford Barr, in The Pas, MB, on May 23, 1976. In 1977 they decided they wanted to move back to Melville to be closer to family, and Clifford was confident enough he could start his own stucco business there. Thus, he became known as Barr Stucco and Drywall. Building the business was hard work, but Clifford was no stranger to hard work, and so he became well known for his good work. During this time, they welcomed their second child, Shauna Marie Barr, in Melville, SK, on Jan. 30, 1980. Clifford retired from the stucco business in November of 2016, but his happy retirement was cut short when he received a cancer diagnosis in November of 2017. Clifford was a very strong-willed person and was not going to let the cancer win. He fought very hard for three years, but unfortunately, he lost his battle.
Clifford was very sports-minded. His first joy was fastball; he played that in his young days and into his early adult years. He also enjoyed coaching his children’s ball teams and teaching them the game. Then he switched to slo-pitch, which he had the pleasure of playing with his children.
Clifford always said he was going to play ball with his grandchildren, too. He also enjoyed curling and his senior days golf’ became his game.
Clifford and Darlene loved to travel in the winter. Their winter vacations took them to Mexico, Jamaica, Dominican Republic, Cuba and Panama, but their final vacation spot was Portugal. Clifford loved going to Portugal, as he felt secure and happy there.
Clifford was predeceased by his parents, Albert Barr and Anna Barr (Hagel); his father-in-law, Adolf Huber, and mother-in-law Eda Huber (Lang); and brothers-in-law Jim Huber, Gerald Huber and Brian Huber. Left to cherish his memory are: his wife, Darlene Barr (Huber); his son, Shane Barr and Charlene Stalker, and Shane’s kids, Jaiden Barr, Branden Barr and Austin Barr; his daughter, Shauna Bassingthwaite, and son-in-law Charles Bassingthwaite, and their children, Kody Bassingthwaite, Brooke Bassingthwaite and Karter Bassingthwaite; sisters Heather Buziak (Lorne) and Elsie Jones (Jim); brothers Keith Barr (Sandra), Greg Barr (Debbie) and Dwight Barr (Shari); brothers-in-law Alvin Huber (Marlene) and Darryll Huber (Lana); sisters-in-law Rose Huber, Mildred Thiele, Audrey Hollinger (Charlie) and Eva Chopping (Bruce); and numerous nieces and nephews.
Clifford’s funeral service was held Tuesday, Dec. 21, 2021, at Matthews Funeral Home, Melville, with the Rev. Brian Mee officiating. Family memories were shared by daughter Shauna Bassingthwaite, which was followed by a video presentation. Musical selections played for the service were “I Was There to Hear Your Borning Cry” and “I Come to the Garden”. The urn bearer was son Shane Barr. Interment will take place at a later date.
Arrangements were entrusted to Matthews Funeral Home, Melville.