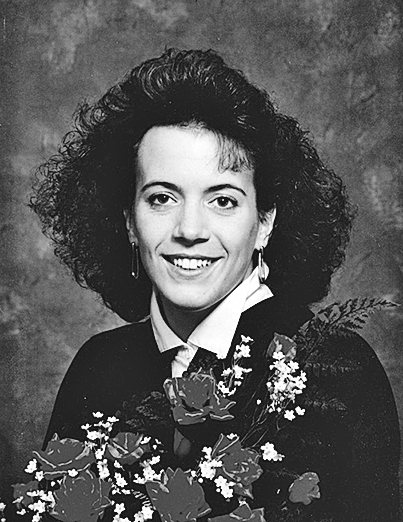 Naomi Pam Braun was born Nov. 17, 1968, and on the early morning of Nov. 4, 2021, peacefully left this world to be present with her Lord.
Naomi was born and raised in Thompson, MB. In her years in Thompson, she was active in band, competitive swimming and her church. Upon graduation from R.D. Parker Collegiate, Naomi attended Horizon College (Central Pentecostal College), graduating in 1989 with a diploma in Theology. While at college, she met the love of her life, Doug Braun. They were married in the summer of 1992.
Doug and Naomi served churches in Gilbert Plains and Carman, MB, and also in Rosetown and Melville, SK. They also lived in Saskatoon for four years, as Doug worked at Horizon College. Naomi worked at various jobs through these times, from working as a receptionist in a dental clinic, a garden centre in Saskatoon and churches in Portage la Prairie and Dauphin. Her latest job was a Library Technician in Melville at Davison School. Naomi worked tirelessly and with great joy in any way that would support her and Doug’s family. When children were born, she stepped back from work outside the home to focus on her children. They were the love of her life. Naomi never wanted to be the centre of attention but would rather work in the background supporting others.
Left to lovingly remember Naomi are her husband, Doug; sons Keegan (Rachel) and Ethan and daughter Calista; her father, William (Vivian) Buschau; brothers Fred (Elise) Buschau and Will (Esther) Buschau; sisters Susan (Dion) Mitchell and Julia VanZyl; brother-in-law David Braun; nephews Peru VanZyl and Jack Buschau; and nieces Anna Mitchell, Emily Mitchell, Ileana Mitchell, Ella Buschau, Katie Buschau and Sophie Buschau. Naomi was predeceased by her mother, Katherine Buschau, and in-laws Bill and Marie Braun.
The family would like to thank Drs. van Zyl, Koubi and Wanis, palliative care co-ordinator Kim Rutzki and the wonderful staff at St. Peter’s Hospital in Melville and 3rd South Yorkton hospital for their excellent, patient and loving care.
Donations in Naomi’s memory can be made to the Royal University Hospital Foundation for T.E.M. equipment, Royal University Hospital Foundation (ruhf.org).
Naomi’s funeral service was held Saturday, Nov. 13, 2021, at Matthews Funeral Home, Melville, with Pastor Floyd Martens presiding. Interment will take place at a later date.
Arrangements were entrusted to Matthews Funeral Home, Melville.