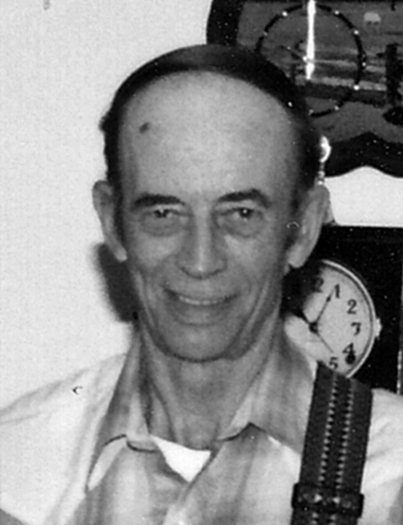 Bill Scott passed away on Sunday, Oct. 10, 2021, in the Whitewood Community Health Centre, Whitewood, SK, at the age of 93 years.
David William (Bill) was the third of nine children born to Clarence and Elsie (Johnson) Scott on Aug. 10, 1928, in the Silverwood district.
Bill lived and breathed the farming life along with his brother, Gordon, on the family farm. He retired and moved to Whitewood in 1978 with his mom and sister Alice. Bill enjoyed playing guitar and cards, family gatherings and getting in his car to travel the countryside. He was an avid volunteer for the Whitewood Curling Club and the Whitewood Golf and Country Club for many years.
Bill was predeceased by his parents, Clarence and Elsie; brother Gordon (Edna); sisters Alice Scott, Margaret (George) Cummins, Mildred (Ken) MacPherson and Dora Delmage; and brother-in-law Jim McMann. He is survived by his sisters, Doreen McMann, Doris (Wayne) Howard and Rosalyn (Bill) Astle; brother-in-law Al Delmage; as well as numerous nieces, nephews, cousins, friends and neighbours.
A graveside service was held at the Whitewood Cemetery on Saturday, Oct. 16, 2021, with the Rev. John Houtman officiating. Megan MacPherson recited a scripture reading and read the obituary. Ron Astle, Dan Howard, Gary Cummins, Glenn Cummins, Floyd McMann and Allan Hayhurst were the pallbearers.
The family would like to thank the staff of the Whitewood Community Health Centre for all their care of Bill during his stay. In lieu of flowers, donations can be made to the Whitewood Community Health Centre.
Arrangements were entrusted to Matthews Funeral Home, Whitewood and Melville.