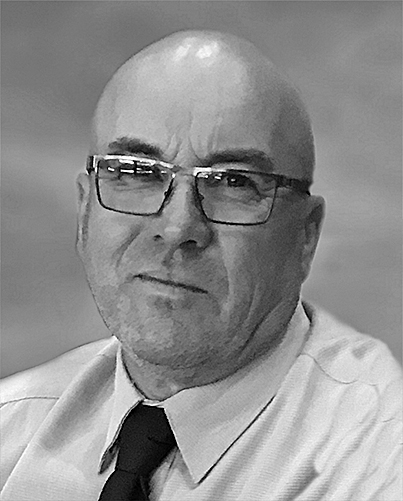 It is with great sadness we announce the passing of Erwin Edwin Hahn of Melville, Sask., who passed away peacefully with his family by his side on Monday, July 5, 2021, at the age of 63 years.
Erv was born to George and Pauline Hahn on Feb. 22, 1958 in Melville. He grew up on the family farm north of Melville. Farming was a part of his life at an early age after the passing of his father.
In 1983, Erv met Laurie (nee Grainger), and they were married in 1984. Erv and Laurie enjoyed 38 years together, raising three children, Carrie, Terra and Dylan. When their grandson, Jayden, was born, Erv looked forward to spending time with him.
Erv enjoyed farming, snowmobiling, lake life, fishing,
especially with Dylan and Jayden,and, in the last couple years, growing his garden. He also enjoyed going on well-earned winter vacations, Cuba being his favourite. Erv was a long-time member of the Melville ShowStoppers Snowmobile Club and supporter of the Melville Millionaires Agri-Fund Project. He enjoyed his family, friends, reminiscing, sitting around a good bonfire with his fire poker and a good laugh. You could always find him spoiling his four-legged companions, Duke and Baus, who were always by his side.
Erv was predeceased by his parents, George and
Pauline Hahn, four sisters and two brothers, as well as
numerous family members. He will be lovingly remembered by his wife, Laurie; three children, Carrie, Terra and Dylan and grandson Jayden: sisters Betty Ann, Erna, Dorothea, Freda, Bertha, brother Peter and their families; and extended family and many, many friends.
Erv’s funeral service was held Friday, July 16, 2021 at Matthews Funeral Home, Melville, with the Rev. Andrew Cottrill officiating. Gaylene Matthews played the hymns “In the Bulb There Is a Flower” and “How Great Thou Art”. Betty Ann Bosch read the eulogy and Ron Niebergall read “The Farmer’s Creed”. Honorary bearers were Herb Cooper, Greg Hahn, Ron Niebergall, Troy Hahn, Brad Hahn and Ron Miller and the urn bearer was Dylan Hahn.
Arrangements were entrusted to Matthews Funeral Home, Melville.