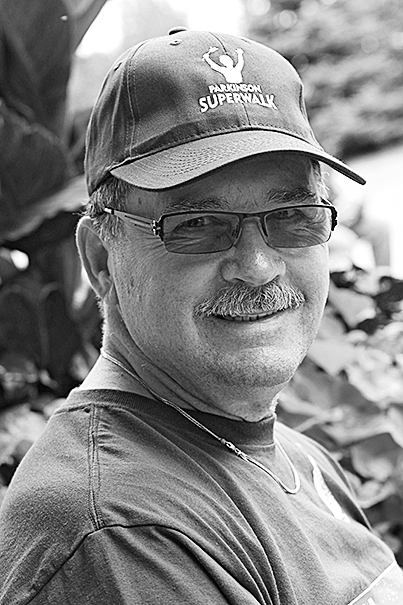 It’s with heavy hearts that his family announce his sudden passing at the Balcarres Integrated Care Center where he lived. Don was born to Lawrence and Mary Hershmiller in Melville, Sask. He grew up on the family farm close to Waldron and received his education at Waldron and Cana schools. For several years he farmed with his father prior to purchasing a farm of his own in 1968.
On July 18, 1970 he married Judith Legge of Saltcoats, and they started their lives together on their farm. In the fall of 1973, they sold the farm and Don became custodian at the Comprehensive High School in Melville. During this time their daughter Kelly and son Keith were born. Then in 1978, Don and Judy made another move to Balcarres when Don accepted the Head of Maintenance position at Balcarres School, a position he enjoyed for 28 years.
Don also enjoyed his new community, making many friends as he began to get deeply involved in clubs and activities in the town. He was a proud member of the Balcarres Lions Club for approximately 35 years and was honoured last year as an inductee into the Saskatchewan Lions Foundation Marvin Chambers Fellowship. He also belonged to the St. Andrew’s United Church and the Balcarres Recreation boards for many years. Don was an avid curler at one time, and enjoyed many hobbies including carpentry, gardening, camping and spending time with his family at Lake Katepwa. He was an excellent dancer, loved country music, and also knew his way around the kitchen with his culinary skills.
He was a quiet, kind man but had a twinkle in his eye for mischief. When he had time, and after he retired, one could usually find him in his back garden or the workshop building something. He had taken a carpentry course and fine-tuned these skills as he developed the basement in the family home, moved and remodelled the cottage at Katepwa, built furniture, willow chairs, refinished furniture, and anything to do with wood. He was happiest when he had a saw, hammer or drill in his talented hands.
He greatly enjoyed attending all the activities his grandkids were involved in, whether it was soccer or hockey games or dance and singing recitals. He had the biggest smile on his face and a joyful tear in his eye at their performances.
As years passed, Don’s health issues with Parkinson’s and Multiple Myeloma began to slow him down. He enjoyed participating in the Parkinson Superwalks held in Regina up until the COVID-19 pandemic. In July of 2017, he became a resident of Balcarres Integrated Care Centre, and enjoyed the company of the nurses, residents and staff. He also enjoyed all the planned activities, bingo days, and monthly dance parties. He celebrated his 75th birthday with family in 2019, which was the last big party he was able to have.
COVID-19 restrictions changed the lives of us all in 2020; however, Don and Judy were able to have a 50th wedding coffee gathering in July with just their family in attendance in the courtyard of the BICC. They made the day as special as it could be and were able to take their last complete family picture together.
Don was predeceased by his parents, Lawrence and Mary; infant brother, Raymond; in-laws, Gordon and Winnie Legge; brother-in-law, Harold Mann; and brother-in-law, Guy Thompson.
He is survived by his loving wife and best friend, Judy; daughter Kelly (Tim Bray); son Keith (Lana nee Olson); grandchildren, Morgan (Hannah), Madeline, and Sydney, sisters, Violet Mann of Melville and Marlene Appell (Raymond) of Brandon; brother Larry Hershmiller (Annabelle) of Regina; sister-in-law Dianne Thompson of Regina; brother-in-law David Legge (Karen) of Yorkton; as well as many nieces, nephews, cousins and their families.
His family would sincerely like to thank the physicians, NP’s, nurses and staff of the Balcarres Integrated Care Centre for their care while he was a resident of the Centre, Dr. Eshawesh, nurses and staff at St. Peter’s Hospital in Melville, and Dr. Aslam and nurse Helen of the Allan Blair Cancer Centre.
Due to current COVID-19 restrictions, a memorial service in celebration of his life will be held at a later date. If friends so desire contributions may be made to the Balcarres and District Lions Club, Box 113, Balcarres, SK SOG OCO, Balcarres Integrated Care Centre Recreation Fund, Box 340, Balcarres, SK SOG OCO or Parkinson’s Society of Saskatchewan, #110B – 2103 Airport Dr, Saskatoon, SK S7L 6W2. Online condolences may be made at www.tubmanfh.com