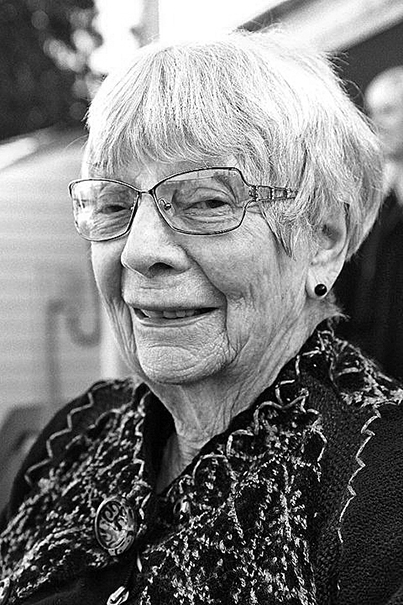 In loving memory of Emily Doreen (Doreen) Reid who passed away peacefully at home in White Rock, BC. Doreen was born to Mabel and Frank Parker in Welwyn, Sask. She was the third child of four, with two older brothers (Ed and Cliff) and one younger sister (Joyce). After high school, Doreen attended and later graduated in 1941, from the Regina Grey Nuns’ Hospital School of Nursing. She remained very close to her graduating class and attended all the nursing reunions into her 90s.
Doreen served in the Royal Canadian Army Medical Corps as a Nursing Sister during the Second World War, attaining the rank of Lieutenant. Doreen met Robert George Reid at an event for soldiers returning from the war. They married four months later and settled in Melville. They had two sons, Robert (deceased) and David. Doreen had a long, successful and remarkable career in the public service. She worked at the Fort Qu’Appelle Sanatorium caring for tuberculosis patients. She worked as a Public Health nurse and in 1973, Doreen went back to school and became a social worker which later led to her appointment as the first female parole officer in Saskatchewan.
Upon retirement in 1977, Doreen wintered in the community of Pine to Palms in Weslaco, Texas. Driven by compassion for the less fortunate, she organized charity events, volunteered at the Memorial Hospital and used her nursing skills organizing blood pressure clinics within her community.
Doreen moved to BC in 2000 to be close to her family. In 2007, Doreen entered independent living at Whitecliff in Surrey, where she, and seven other residents, formed the Whitecliff Resident’s Council. Doreen was named president and she served in that position for 10 years, advocating and affecting positive changes for the Whitecliff community. In 2014, at the age of 93, she was awarded the Senior Leadership Award from Simon Fraser University’s Gerontology Research Centre. Doreen was active in Eastern Star, Red Hats, and the Gillian-Barre Foundation. She shared her love for Bridge with all and never turned down a cribbage match.
Doreen will be greatly missed by her family and friends and especially by surviving son, David Reid; daughters-in law, Paulette Reid and Michelle Reid; grandsons, Jason (Maureen), James, Sean (Geeta), Tom (Nikki), Bob and Michael; and great-grandchildren, Tommy, Madelyn and Sophia. Mom, grandma, great-grandma — your impact on our lives is beyond measure. Your unwavering integrity and caring for us and everyone you knew, inspired us to live our best lives, and you live on in each of us.
We will forever be grateful to Dawn Livingstone and the staff at Whitecliff for your compassionate care of our mom and grandma.
Due to COVID restrictions, a celebration of life will be held at a later date. To share your favourite memories of Doreen with the family, please visit her online obituary at: www.victorymemorialpark.com
The family requests that in honour of Doreen, donations be made to Covenant House Vancouver.