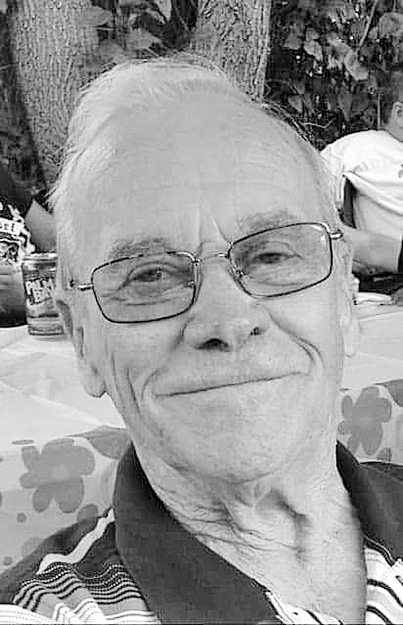 Lorne Daniel, late of Melville, SK, passed away on Thursday, Nov. 12, 2020, at the age of 85 years.
William Lorne Daniel was born on Nov. 1, 1935, to William and Ruth Daniel. He was raised at Forrest Farm (near Whitewood, SK), where he shared many memories with his brothers, George and Les.
On Aug. 8, 1960, Lorne married Shirley Taylor, and they welcomed four children, Bryan, Shelley, Darryl and Coralee.
Lorne made his career in the fuel/farm supply business, working first for Whitewood Co-op, then becoming the Imperial Oil Agent in 1969. In 1980, he started Daniel Holdings Ltd., invested in a fleet of trucks and other equipment and became the Imperial Oil Agent in Melville. After selling the business in 1990, he worked for several years as an independent contractor, doing equipment appraisals and temporarily running several agencies for Imperial Oil in Saskatchewan and Manitoba.
Lorne was an avid sports fan…..especially being a lifelong Rider fan! Many family events had to be scheduled around football games! In his younger years, he enjoyed playing baseball and fastball, which he also coached for many years, leaving a lasting impression on many of his players. Lorne was also involved in hockey, first with the Whitewood Orioles, then with the Melville Millionaires Hockey Club from 1980-2010, serving several years on the club executive and also volunteering at games. He spent countless hours working in the penalty box. Lorne was proud to have served on the Whitewood Fire Department from 1957-1980.
Lorne was a devoted husband, father, grandfather and great-grandfather. He taught his children about decency, respect and caring for others, just as he lived his life every day. For this reason, anyone who met Dad loved him. In his retirement years, he enjoyed going for coffee with friends and spending time with his family. The grandkids could always count on him to be their personal chauffeur and later, their driving instructor.
Lorne was predeceased by his parents, brothers and his sister, Dorothy (in infancy); his wife of 54 years, Shirley; and his daughter, Shelley. He leaves to cherish his memory: his children, Bryan, Darryl (Tammy) and Coralee (Alec); his grandchildren, Melinda, Kyler (Riegann), Amanda (Mitchell and his daughter Maddison), Austin and Hunter; his great-granddaughter, Aubree; as well as nieces, nephews and special in-laws.
Special thanks to Kim Rutzki, St. Peter’s Hospital, Melville Home Care and Ituna Pioneer Lodge for the care and compassion given to Dad in the past year.
In keeping with Lorne’s wishes, there will be no public funeral service. A private interment will take place in the Forrest Farm Cemetery, Whitewood district, at a later date. Charitable donations in Lorne’s memory may be made to the Canadian Cancer Society by visiting matthewsfuneralhome.ca
Arrangements were entrusted to Matthews Funeral Home, Melville and Whitewood.