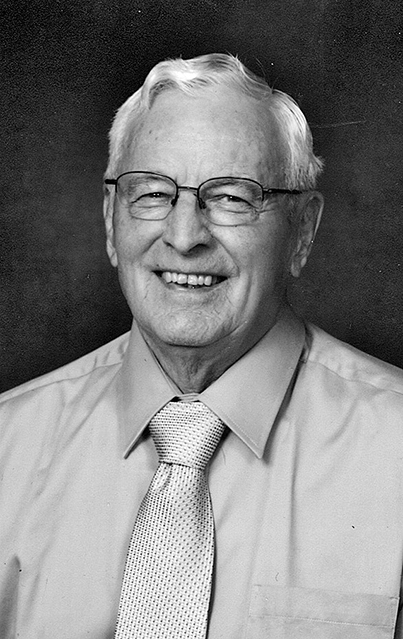 William “Willie” “Bill” Maurer was born at the family farm Dec. 8, 1934, fourth son of seven children to Ludwig and Margaret Maurer, and passed away peacefully at St. Paul Lutheran Home with family at his side on Saturday, Oct.17, 2020.
He was baptized Dec. 12, 1934 by Pastor Frank Miller with his Uncle William and Aunt Katherine Issel as his baptismal sponsors. He attended school at Pheasant Hills.
He was confirmed April 2, 1950 by Pastor Adolf Hippe at Trinity Lutheran Church in Neudorf. His confirmation verse: 1 Timothy 4:8 “Godliness is profitable unto all things, having the promise of the life that is now and of that which is to come.” His faith and church life were very important to him, and he lived his witness every day.
Willie started to work on his family farm at a young age and joined farming with his father and brothers. It was a joy to see the special bond the brothers had, and how well they worked together. He and his brothers and sisters have kept in close touch.
He was a member of Redeemer Lutheran, Pheasant Forks until 1958. He taught Sunday School for many years, served on Church Council, and sang in the choir at Christ Lutheran in Neudorf.
William married Vera Gottfried at Zion Lutheran on Aug. 11, 1956 and renewed their vows there on their 50th wedding anniversary. To this union four children were born: Glenda, Karen, Leanne and Bradley. William was a very devoted, loving and supportive husband and dad. Together, Bill and Vera farmed in the Neudorf area for many years where they raised their family.
Willie and Vera loved to travel, and every year they would take a trip for their anniversary. They always looked forward to visits with family and friends. In their retirement years, they enjoyed having coffee with their friends and neighbours, whether in Neudorf or at Caleb Village.
In the community , known as “Bill”, he was active on the Community Hall board, served on school board, helped with sports days and numerous community events including community choirs and building projects.
Survivors include his loving wife of 64 years, Vera of Melville; daughters, Glenda (Dale) Carlson, of Norton, Kansas, Karen (Murray) Krieger of Melville and Leanne Higgs of Providenciales, Turks and Caicos Islands; daughter-in-law, Linda Maurer of Lumsden; grandchildren, Maia Carlson of Manhattan, Kansas, Rhees Carlson of Portland, Oregon, Leif (fiancée Shannon Miller) of Albuquerque, New Mexico, Neysa Carlson of Ottawa, Ont., Nathan (Keeley) Krieger of Calgary, Heidi (Jeramie) Short of Estevan, Aaron Krieger (Trenna Sanborn) of Melville, Kennon Higgs of Kitchener-Waterloo, Matthew Brown of Edmonton, Scott (Danielle) Brown of Edmonton, Amy (Alex) Dormuth of Regina; and great-grandchildren, Colton, Taylor and Kaden Short, Addie, Janie, Porter Brown, Ashton Brown.
Preceding William in his death were his parents, an infant brother, brother Freddie, and son, Bradley. William, Willie, Bill, husband, dad, grandpa, great-grandpa, brother and uncle will be missed by all. He was loved, respected, admired and a kind, fair and gentle man with a generous godly heart, and an especially great sense of humour. His spirit will live on in all who knew him.
The funeral service was held on Saturday, Oct. 24, 2020 from Christ Lutheran Church in Neudorf with Pastor Doug Schmirler officiating.
Memorials may be made to a charity of one’s choice as gifts of remembrance.
Arrangement were by Bailey’s Funeral Home, Melville.