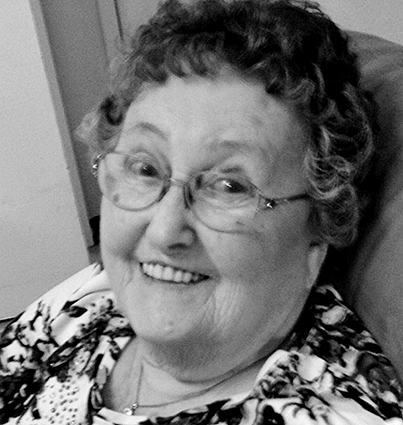 It is with great sadness that the family of Dorothy Patricia McLean (nee Street) announces her passing on Monday, March 16, 2020, at St. Paul Lutheran Home, Melville, SK, at the age of 86 years.
Dorothy was predeceased by her husband and best friend, Charles (Chuck); son David in 1955; daughter-in-law Judith; and granddaughter Chrystal. Dorothy (Dottie) will be sadly missed by her eldest son, Gregory (Chrissie) McLean of Melville; son Glenn (Dianne) of Parksville, BC; sisters Faye Nelson of Powell River, BC, and June Halpenny of Nanaimo, BC. Dorothy will also be lovingly remembered by her grandchildren, Lindsay McLean of Regina, Kimberly (Ryan) Moskal of Regina and Wendy McLean (Kelly Mulder) of Swift Current; and great-grandchildren Mackenzie, Griffin and Rozlynn.
Dorothy Patricia McLean was born at Winnipeg, MB, on April 22, 1933, to Arthur and Kathleen Street. Arthur and Kathleen moved to Kindersley, SK, where Dottie and her two sisters grew up, and this is where Dottie met Chuck. Chuck and Dottie were married in Bowbells, North Dakota in May 1949. They had three sons, Greg in 1952, David in 1955 (deceased) and Glenn in 1957.
Dottie loved sports such as swimming and horseback riding; of course, her favourite was figure skating. Later, after retirement, she loved golf and would read while she and Chuck went fishing. From the late 1950s, and for about 15 years, Dottie taught figure skating with the Melville Figure Skating Club; she loved teaching the little skaters and, of course, the carnival. Dot worked at many local stores in Melville and enjoyed working with people in clothing stores, shoe stores and Pollock’s Jewellery store. Dot also enjoyed the First United Church and attended when she could. She was always making a slice for something or other. Dot enjoyed the Order of the Eastern Star and went through all the chairs; she got Chuck to join as well, and together they both enjoyed it very much. Dot loved her family and enjoyed spending endless hours playing cards and games with her granddaughters, listening to them sing and play the piano, and baking cookies together.
In Dottie’s senior years, she lived in Bangor Morris Lodge, later moving to St. Philomena Manor, Melville, and then to St. Paul Lutheran Home in Melville. She was very well cared for by all of her caregivers and always had a smile and a giggle for anyone who entered her room.
Dottie always had a gentleness and kindness that came through at Al-Anon meetings. When she attended over the years, she listened and helped many people who will fondly remember her for her caring and loving nature.
Donations in lieu of flowers in Dorothy’s memory can be made to the Heart and Stroke Foundation and to the Canadian Cancer Society. A celebration of Dottie’s life will be held at a later date.
Arrangements are entrusted to Matthews Funeral Home, Melville.