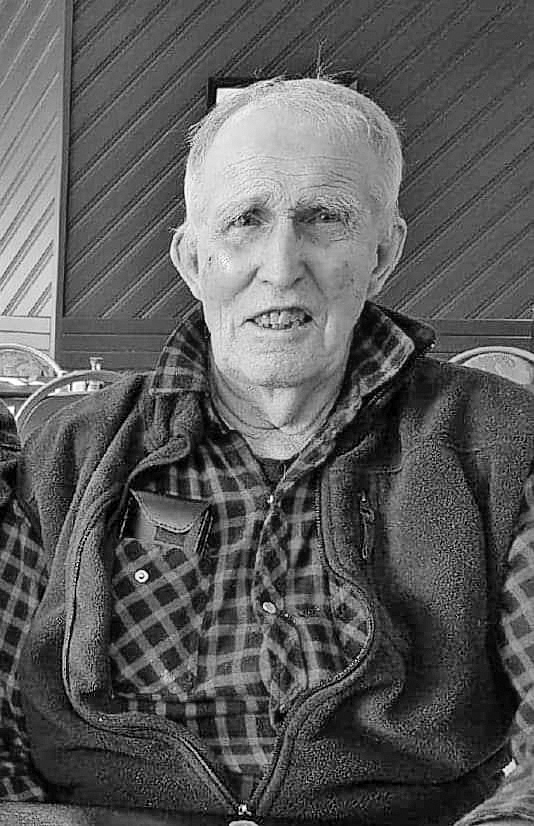 Mel Bowman passed away peacefully at the Hythe Continuing Care Center at the age of 92 on Thursday, Jan. 12, 2023 with Maureen and
Dennis at his side.
Mel was born Nov. 25, 1930, in Whitewood, SK, as the third of five sons (Kenneth, Gordon, Melvin, Leslie and Allen) born to
Percy and Ella Bowman (Packham).
Mel grew up outside of Whitewood on the family farm attending St. John’s School #16. As a young man he worked in lumber camps in B.C. returning to work on the family farm. He retired from farming in 1975 and worked for the municipality of Silverwood as an equipment operator till his full retirement in 1990.
Throughout his retirement he was able to continue with his music playing the accordion and singing and telling jokes with various groups. Mel loved walking; it was very common to see him out everyday regardless of the weather.
In 2016 Mel relocated to Hythe, AB to be closer to his son and daughter in-law.
Mel is survived by his son, Dennis (Maureen); grandchildren, Angela (Davis) and Kailee; and great-grandchildren, Madalyn, Benjamin and Nathan.
Mel was predeceased by his first wife, Evelyn Bowman (Kroener); and his second wife, Myrita Hutala; as well as his brothers, Ken, Gordon and Leslie.
As per Mel’s wishes there will be no service – he will be laid to rest at a later date.
A heartfelt thank you to the Hythe Continuing Care staff and Dr. Crowe for their compassion and professional care.
Care entrusted to Bear Creek Funeral Home, 780-830-7742 bearcreekfuneral.com