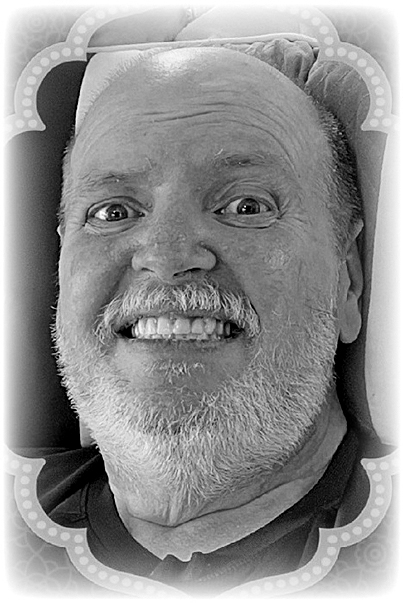 Carl was born Aug. 17, 1966 to Stan and Isabelle (Heidinger) Peter at Bienfait, SK. The family moved to Whitewood, SK in October of 1966 and then to the Hamlet of Percival (west of Whitewood) in July of 1968. It was also at this same time that another family with young children moved into Percival (the Farkas family). They spent their growing up years together and formed close friendships.
Carl loved animals, especially cats. Then, at the age of 10 he discovered he was very allergic to them. He was not happy about that. As a teen, Carl was very interested in acting. He took part in concerts and plays during his high school years. He was always in the “fun” group. He learned to play the guitar that his uncle had given to him, and he wrote songs and had a beautiful singing voice that he acquired from both his paternal grandmother and his maternal grandfather. After graduation he worked at various jobs and then settled into the family gravel construction business.
It was in the spring of 1991 that he started dating Jacqueline (Jacquie) Howard, and on Oct. 2, 1993, they were married at St Joseph’s Church in Whitewood. They began their married life in Percival, and they were blessed with three wonderful children: Brandon (1995), Maria (1997) and Samuel (1998).
In 2002 Carl was diagnosed with Multiple Sclerosis, and only a few short months later, he was not able to continue working for the family business and Jacquie returned to work full time. In 2003 they decided to start a new venture and moved their family to Yorkton. This move brought them into a bigger medical centre and provided more employment/educational opportunities.
Over the years, Carl tried to stay busy with his interests which included: hunting, guns, woodworking, sci-fi and vampire novels, poker, iTunes movies/music….and he always offered up an amazing cup of coffee or cappuccino with a taste and aroma that were unforgettable. (It’s hard to grab a drive-thru coffee after he has spoiled you with the good stuff).
In September 2014 Carl ended up in the hospital with a bad case of pneumonia and in November 2014 he was admitted into long term care. He first stayed temporarily in Gateway Lodge in Canora before getting his permanent room at the Yorkton and District Nursing Home in February 2015. He was placed in Yorkton Village/Weber House.
In 2016 Jacquie purchased a wheelchair bus and this allowed Carl to come home for visits whenever possible. This included many Sunday dinners as well as birthday meals and special occasions/holidays. Carl looked forward to these outings, and we did as well. It kept him in close contact with his children and the visits were enjoyed by all. The last trip that Carl was able to come home for was in February of 2020, just prior to the Covid lockdown.
The last couple of years, Carl had been confined to his bed and spent most of his time watching movies, listening to music or audiobooks and joking around with visitors and staff. He was always quick to flash you a big smile or give you a “thumbs up”.
On Monday, Dec. 12, 2022, at the age of 56 years, Carl passed away with his wife and brother-in-law/friend Gord by his side. He will be fondly remembered and greatly missed by his loving wife of 29 years, Jacquie; his children, Brandon, Maria and Samuel, all of Yorkton; parents, Stan and Isabelle Peter of Whitewood; sister, Vicky (Lane) of Whitewood; brother, David (Denise) of Whitewood; parents-in-law, Wayne and Doris Howard of Yorkton; brothers-in-law, Dan (Diane) of Saskatoon; Walter (Carol) of Regina; Gord of Yorkton; Terry (JoAnne) of Sherwood Park, AB; as well as nieces, nephews, aunts, uncles, cousins and friends.
In lieu of flowers and if anyone so desires, memorial donations may be made in Carl’s memory to the MS Society of Canada (250 Dundas Street West, Suite 500 Toronto ON, M5T 2Z5) or a charity of their choice.
There will be no service held at this time. The family is planning to have a memorial to celebrate Carl’s life sometime in 2023.