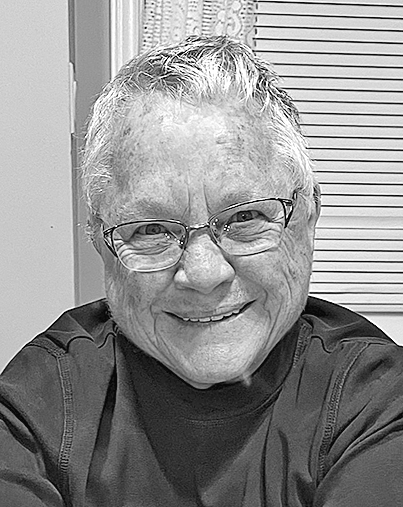 It is with deep sadness that we announce the sudden passing of our loving mother, and grandmother, Beverly Anne Smith. Bev passed away on Saturday, October 22, 2022, at her home in Melville, just a week after celebrating her 82nd birthday.
Bev was predeceased by her best friend and husband, William (Bill); parents Irving and Maggie Belle Robson (nee Killoh); brother Robert (Bob) Robson; sister-in-law Joyce Robson (nee Olson); nephew Donald Craig Robson; parents-in-law John and Emily Schmidt; and Smith family members: Wilson Schmidt, George Smith, John and Ruth Smith, Larry and Jean Schmidt, Florence and Adam Gottfried, Ernie Smith, Josephine Zimmerman, John Sali and Robin Smith.
Bev will be greatly missed and lovingly remembered by her children: Michelle and daughter Ashley Laycock; Michael (Colleen) and daughters Julianne and Chanelle Smith; and Raelynn Smith (Tim Langford) and sons Ethan and Parker Langford; brothers Don (Verley) Robson, Keith (Marcie) Robson; sister-in-law Marilyn Robson and their families; and Smith family members: Isabel Sali, Lloyd
Zimmerman, Bernice Smith (Michael Glovasky), Margaret (Pat) Meehan, Ralph (Sandy) Smith, Dan (Carol) Smith, sisters-in-law Henrietta Smith and Lynnda Smith, as well as many nieces, nephews and extended family members.
Bev was born October 15, 1940, in Moose Jaw, SK. Her family moved to Saskatoon then Prince Albert where she graduated high school. She always referred to P.A. and northern Saskatchewan as God’s country and reminisced fondly on her time growing up there. As a child, Bev was involved in figure skating, highland dancing and music.
Following high school, Bev went to Teachers College where she met Bill Smith of Dysart, SK. They married on July 4, 1964, at Knox Metropolitan Church in Regina. She taught briefly in Regina while Bill finished his education prior to them moving to Melville in 1967 for teaching positions. Shortly after, they welcomed their three children, Michelle, Michael and Raelynn. During the 1970s and 1980s, Bev was very involved in her children’s activities which included figure skating, music, church groups, speed swimming and other community activities. Over the years, Bev taught in Regina, Melville, Duff, Fenwood and Grayson. She taught part time as she was deeply committed to her family, their activities, and in later years, caring for Bill through his illness.
Bev was deeply involved in the Melville community. She was devoted to her faith and church community at First United Church. She was an active member of the UCW, served on church council, attended Presbytery, and directed and sang in the choir for many years. Bev was also integral to the Melville Figure Skating Club for many years, and her impact on the sport extended far beyond the community level. She developed Grassroots seminars, judged at regional competitions and test days, and presented workshops at the provincial and national levels. Bev was proud to receive the Volunteer Recognition Award from Sask Sport. She was also recognized at both the Section and National levels with the Skate Canada Volunteer Award of Excellence for her contributions.
Bev will be remembered for her big smile, infectious laugh, positive outlook, and larger-than-life personality. As a dedicated community member, Bev was very active with her church, figure skating community, choir, retired teachers’ group and local coffee groups. She enthusiastically kept up with her grandchildren’s sports and other activities and was supportive of all her family’s pursuits. She loved music, planning events, travelling, reading, connecting with family and friends, and enjoying the little things in life. She will be deeply missed.
A memorial service was held on Monday, October 31, 2022, at First United Church in Melville, SK, with the Rev. Brian Mee officiating. A private interment service took place in the Melville City Cemetery prior to the service, during which Bev and Bill were reunited in a shared final resting place. In lieu of flowers, donations may be made to the First United Church General Fund (Box 878, Melville, SK, S0A 2P0).
Arrangements were entrusted to Matthews Funeral Home, Melville.