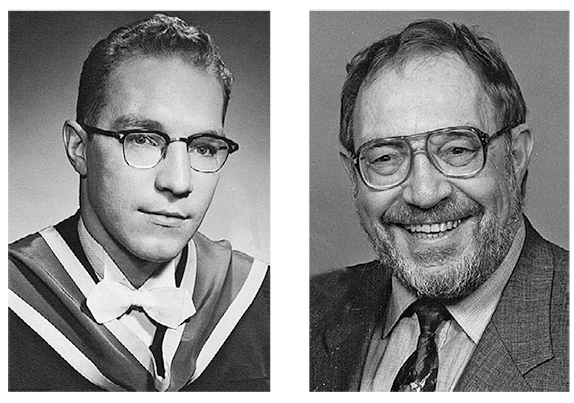 Ralph Pohlman passed away on Thursday, Sept. 8 at Hastings Manor in Belleville, Ont. after a long battle with complications from diabetes. Although he had been paralyzed for the past nine years (four at home and five in long-term care), he remained lucid and witty to the end.
Ralph was born in Medicine Hat, Alta., only child of Nicholas Fredrick Pohlmann and Ruby Alice Dell. He grew up in Melville, Sask. where his father ran a lumber yard, and his mother was a church organist, music teacher and also played piano in a dance band.
Ralph graduated from Queen’s University medical school in 1958. During his first year at Queen’s he received the Alfie Pierce Trophy for winning two intercollegiate titles (boxing and tennis). He was an excellent student, but was also known for his outgoing personality, vivid story-telling and clever sense of humour. You could be assured that if any shenanigans went on at the university, Ralph was involved. Ralph always said, “I’m not a Queen’s man born, nor a Queen’s man bred, but when I die, I’ll be a Queen’s man dead!”
It was at Queen’s in 1953 that he met his future wife, Lois Lachance of Ottawa, whom he married in 1957. After graduation, they headed to Chicago, where he completed his internship and residency in pathology at Presbyterian St. Luke’s Hospital and the University of Illinois. They returned to Canada in 1963. After a fellowship-year in Kingston, he took a staff pathologist position at St Joseph’s Hospital in Toronto. Subsequently, he opened several private pathology laboratories in the Greater Toronto area.
In the late 70s he entered a psychiatry residency at the University of Toronto. He practiced psychiatry for the next 25 years, first at Sunnybrook Hospital and then as Chief of Psychiatry for the new Markham Stouffville Hospital. His professional interests included oncology, pathological gambling (Director of the Canadian Foundation of Compulsive Gambling), forensic psychiatry (Member of the Ontario Criminal Code Review Board) and adults with developmental challenges (L’Arche of Richmond Hill). His compassion, expertise and dedication made a truly meaningful contribution to so many of his patient’s lives.
Ralph had many other non-medical interests, including drawing, painting, art appreciation, writing (including a weekly column for the Toronto Sun for nine years), reading, music, theatre, beekeeping, athletics (tennis, squash, kayaking and canoeing), fishing, traveling and his pets – the most significant of which was Lucky, his childhood Collie who would meet him everyday when school let out, but never figured out that there was no school on weekends.
The family’s Lac Bernard cottage in Quebec’s Gatineau Hills was a favorite place to spend summers and long weekends, full of memories of good friends, family, food and fun. After retirement, Ralph and Lois enjoyed winters in Homosassa, Florida where Ralph joined and painted with local art groups. He also volunteered as a tourist boat driver at the Homosassa State Wildlife Park.
Ralph will be missed by his wife of 65 years, Lois; as well as his four children, Dell (Lauren), Anne (Jeff), Julie (John) and Lisa (David); and his nine grandchildren, Leah (Nolan), Adie (Danny), Neil (Michelle), Chris (Christianne), Nic (Emma), Avery (Rob), Paul (Kathleen), Mike (Sarah), and Karen.
Special thanks to the wonderful care provided by Hastings Manor, especially the staff on Elm Villa. Our deepest gratitude to Jacques Paré, Ralph’s caregiver, who over the past nine years became a very close friend.
Visitation was held at the Burke Funeral Home (613-968-6968), 150 Church Street, Belleville, Ont. on Tuesday, Sept. 20 from 6 p.m. to 8 p.m. The funeral took place on Wednesday, Sept. 21 at noon in the funeral home chapel. In lieu of flowers, donations to the Salvation Army, Hastings Manor or charity of your choice would be appreciated. Online condolences can be made at www.burkefuneral.ca