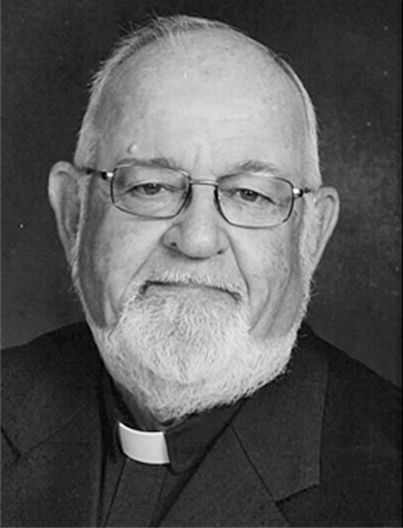 The Reverend Duncan William McLean passed away on Monday, June 13, 2022 in Swift Current, SK. He was born in North Vancouver on May 12, 1941 and his life journey saw him travelling far and wide.
He attended Lynne Valley Primary School, Sutherland School and North Van High. He entered the RCN in 1959. Trained in CFB Naden as a Medic, returned to Halifax to work in the alcohol rehab ward. During this time God’s call to ministry came. He entered the William Booth Memorial Training College in 1963. In 1965 he was commissioned as a Lieut. in the Salvation Army and posted to Kemptville, ON. In June 1966 he married Capt. Beverley Drake. Together they were posted to The South Edmonton Corps. In 1968 they were sent to Santigo, Chile.
Returning to Canada they served in Smith Falls, ON. Duncan was appointed a Church Army Capt. and appointed to Rosthern, SK. He was ordained deacon in January 1973 and priest in December 1973. In 1974 he was called to the Battlefords. By 1975 they had three children, Ian, Rhonda and Don. In 1977 they flew to Quito, Ecuador where they served the church for five years. Returning to Canada,
Duncan worked at Christ Church from 1982-1990. In 1990 they arrived at St. Stephen the Martyr, serving until 2000. A final call to minister in Hong Kong, China until 2004.
Duncan followed God’s call again and again. “Where he leads me, I will follow”. In retirement another call came, this time it was to Fort Qu’Appelle, SK including Dysart, Success, Balcarres and Vernon. Duncan and Bev moved to Victoria for six years and a year ago returned to Swift Current.
He was a member the Kiwanis, Rotary Lions, a Chaplin to numerous Legions all over Canada, chair Human Rights Unit National for eight years, ACC, a Scout leader and the Battlefords and Swift Current Green Braes Pipe Bands. He had many interests including human rights for all accessibility in buildings as well as inclusion of all people as children of God, and playing the bag pipes.
He leaves to remember him: his wife Beverley; son Ian (grandsons, Ben Klassen (Shani Bakker), Andrew and Paul McLean); daughter Rhonda (Ryan) Hurrell and grandchildren, Kylee Hurrell (Logan Webb,) great-granddaughter Kinsley, and grandson Matthew Hurrell (Taylor Evgen); son Don; sister, Joan McCauglin and her sons, David (Julianna), Peter, Mark (Lucie) Meten; brothers-in-law, Richard Williams and his sons, Jeff (Diana), Marcus and James, son Micah (Andrea) Emma and Hailey; Don Lewis and his children, Evan (Christiana); nieces, Katerina and Rebecca; daughter Megan (John); brother-in-law, Mike (Lorraine) Drake and their children, Kyle (Alexis) and Victoria (Daniel).
He is predeceased by his sister, Dorothy Williams; his sister-in-law, Barbara Lewis. Go with God, we will see you again.
Donation’s in Duncan’s memory may be made to the PWRDF (for Ecuador) c/o St. Stephen’s Anglican Church 108 2nd Ave NE Swift Current, SK S9H 2C7.
Arrangements entrusted to Warren’s Funeral Home, www.warrensfuneralhome.com – 306-773-8831 or 1-800-267-6606.