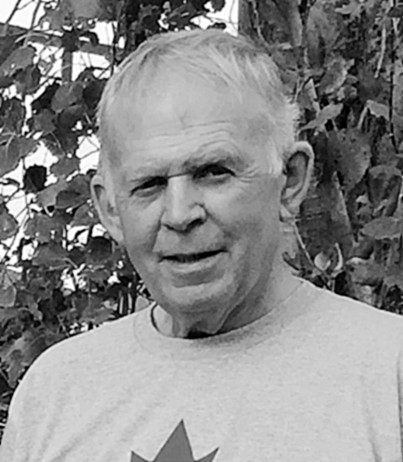 It is with great sorrow that the family of Lorne Yathon announces his sudden passing on Tuesday, Nov. 9, 2021, one day after celebrating his 74th birthday.
Lorne was born in Melville and grew up on the family farm that he would eventually take over and farm until his passing. He was a third-generation railroader and took pride in his work career. He made many lifelong friends at work. Lorne’s passion for horses and agriculture saw him balancing an active cattle/grain farm and quarter-horse racing stable with the demands of full-time work at CN. 18-hour days were a common thing for him, but he did what was necessary to get the jobs done. Many days and hours were spent with his son, Ryan, on the quarter-horse racing circuit, and anyone who knew Lorne would have seen the “Brag Book” of horse racing wins. In recent years, he had the opportunity to farm together with Ryan, and they shared many days fixing fences, working with cattle, fixing machinery and planning for the year ahead. Lorne was involved in the community over the years, having sat on the boards for the Agri-Park and Credit Union, and was a season ticket holder and volunteer for the Melville Millionaires for years.
Lorne’s most precious memories were of time spent with family and friends. Many camping trips to various lakes, spending a winter with Jill in Arizona, hunting, fishing, were all memories Lorne cherished. Later in life, his grandchildren stole his heart, and he went to great lengths to spend as many moments with them as he could. The basement fridge was always stocked with juice and chocolate milk for the kids. Lorne was a regular presence at the hockey rink, cheering for Jabe at every home game and bringing Timbits for the team after the game. He never said no to a hair and makeup session with Navy and played the role without skipping a beat.
Lorne walked the earth with a grin and a twinkle in his eye. He had charisma that was unmatched and a sense of humour to go with it. We were often regaled with stories of the ways he got the staff going’ during medical visits. He found ways to use that humour to get through challenging times and was able to support others in their times of need. Lorne was always there to help a neighbour or a friend, whether it was clearing snow, hauling feed, or offering a ride to a Mils’ game, because that is the Saskatchewan way’.
Lorne was predeceased by his parents, Gustav and Marie Yathon; in-laws Dallas and Pauline Stevenson; and brother-in-law Lawrence Rathgeber.
Left to honour and cherish his memory are: his wife, Jill, son Ryan (Jodie), grandchildren Jabe and Navy, siblings Diane Rathgeber, Dennis (Francine) Yathon, brother-in-law Mitch (Debbie) Stevenson, and many aunts, uncles, nieces, nephews, cousins and dear friends.
At Lorne’s request, there will not be a formal funeral service. In lieu of flowers, donations can be made to the Heart and Stroke Foundation or a charity or organization of choice.
Arrangements have been entrusted to Matthews Funeral Home, Melville.