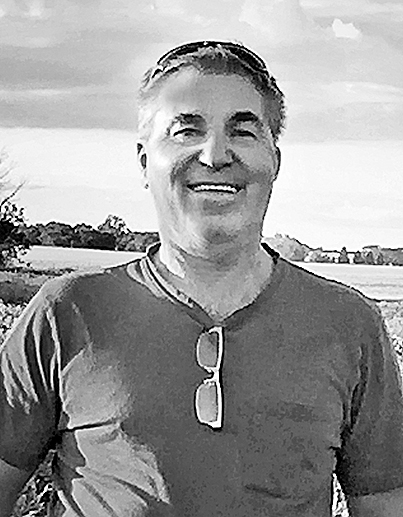 Donald Bieber of Duff, SK, passed away Tuesday, Oct. 19, 2021, on his farm at the age of 72 years.
Don was born April 8, 1949, in Regina, SK, to Jacob and Eva (nee Melnychuk) Bieber, and grew up on the family farm south of Duff. He began his education at Garden School in the district. When Garden School closed, he at- tended both Duff and Lemberg schools. Don took over the farm when he was 16 years old, when his father, Jacob, could no longer continue farming due to failing health. At this point, Don stopped attending school in order to dedicate himself to farming full-time. He loved farming the land and the challenges that doing so presented. Don married Nancy Jurgens on Sept. 5, 1970.
In 1997, after getting hailed out, Don worked at Tri-Way Fertilizer in Abernethy for a year and then was encouraged by a close friend to purchase a semi and began custom grain hauling. This was the beginning of not only financial freedom for Don and Nancy, but more importantly, the beginning of many long-time friendships. He decided after 21 years to stop grain hauling and go back to full-time farming, which was his passion. Don was very active in his community and church – he made himself available for almost every community volunteer group including, but not limited to, the Melville and District School Board, Duff Recreation Board, 2005 Duff Homecoming Celebration. He was proud to serve as a Saskatchewan Wheat Pool delegate for eight years, as mayor of Duff for eight years and lent a hand wherever and whenever needed for neighbours, community and church. Many will remember how Don was always accompanied by Susie, his loyal, furry companion that went with him wherever he went.
Don had a special ability to connect with people, whether it be on a C-Train ride in Calgary or having lunch in a diner in Swift Current, making fast friends with strangers sitting at the next table. His personality was magnetic; he truly was a social butterfly who always came with a huge grin, a funny joke or story and a good, old-fashioned belly laugh!
Don leaves behind his wife of 51 years, Nancy; daughter Shawna of Saskatoon; son Craig and his wife Kimberly of Calgary, their children, Jacob and Claire, and dog Sugar; brothers-in-law Doug Danyliw and their family, Carla and Cory and their families; Blair and Luella Jurgens and their family, Curtis, Ryan, Conrad, Graham and Kelly and their families; and Richard Jurgens and Dr. Karla Khan-Jurgens and their family, Harrison and Ellie. He was predeceased by his parents, Jacob and Eva; his parents-in-law, Tony and Clara Jurgens; sister Diane Danyliw; sister-in-law Sandra Jurgens; and his constant farming and trucking companion, Susie.
Don will be dearly missed and fondly remembered by so many people! He would want you to remember him with a smile.
Don’s funeral service was held Wednesday, Oct. 27, 2021, at First United Church, Melville, with the Rev. Brian Mee officiating and Shirley Blakley providing the music. Scriptures were read by Kim and Craig Bieber, and Rev. Mee shared thoughts and memories as prepared by the family. Honorary pallbearers were Vern and Judy Schick, Ralph and Carol Baber, Alvin and Marlene Frick, Mike and Karen Loveridge, Richard and Bernice Mueller, and Carmen and Charlene Bierwagen. Interment followed in the Duff Cemetery with Jason Lutz, Troy Frick, Kevin Baber, Kyle Loveridge, Lance Schuman and Shawn Manziak acting as pallbearers. Memorial donations may be made to the First United Church Memorial Fund or STARS Air Ambulance by visiting matthewsfuneralhome.ca
Arrangements were entrusted to Matthews Funeral Home, Melville.