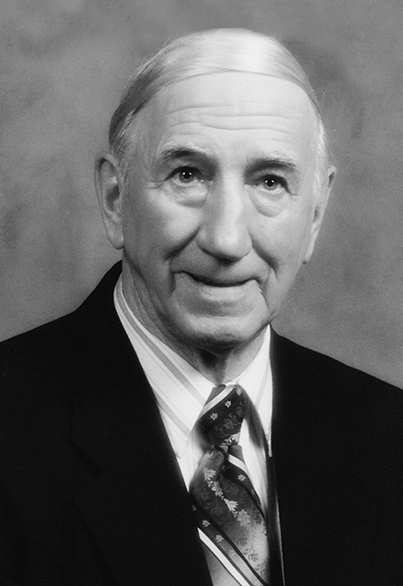 It is with great sorrow we announce the parting of Lawrence Joseph Dancsok. The Lord called him home in a peaceful manner from the Regina General Hospital, with family by his side, on Thursday,Oct. 14, 2021. He was 90 years of age.
Born near Tantallon, SK, Lawrence spent the majority of his life as a hardworking man, dedicated to work and family. He was never afraid of a bit of hard labour or to get his hands dirty; having spent about 40 years working on down-the-hole drilling rigs,
Lawrence made it to driller and tool push, becoming top man on the rig! He was incredibly proud of the Driller Safety Award he received for having two years accident free while supervising his crew.
Lawrence was a very successful farmer and was proud to spend many of his retired years tending to acres upon acres of gardens to sell vegetables each summer well up into his 70s. He also loved animals, especially dogs, and he would often rescue cats. Lawrence also greatly enjoyed curling, earning more than a dozen medals and trophies over the decades; he loved sharing the sport with others.
Lawrence had a long-standing relationship with God and was blessed by his faith to his dying breath. Although our hearts are heavy, we will celebrate his life and find comfort in knowing that he has joined those family and friends whom he has loved and missed who preceded him, including his mother Rosalia (Gyruscika) and father Frank Dancsok, his brothers and sisters and so many dear to him who have parted over the years.
Lawrence led a hard life, but it was a life well lived, and he always knew he was well loved. This caring, generous, hardworking man has left a permanent mark etched on our hearts and will be undoubtedly missed by his sister, Betty (Eric), his many nieces and nephews, who knew him as “Big Dodo”, and cousins, as well as the many, many friends he made over his years alongside the family who will miss him dearly.
Mass of Christian Burial was celebrated for Lawrence on Friday, Oct. 22, 2021, at St. Joseph’s Roman Catholic Church, Whitewood, with the Rev. Fr. Tomy Mandapathil, MST celebrating. The readers were Rosanne Morris and Paula Armstrong, prayers of intercession were led by Edward Dancsok and the eulogy was delivered by Marie Dancsok. Music was provided by Dianne and Ernie Veresh, and the commentator and Eucharistic minister was Debbie Schenstead. Interment followed in the Whitewood Cemetery with Kelly and Abby McDonald acting as urn bearers.
Arrangements were entrusted to Matthews Funeral Home, Melville and Whitewood.