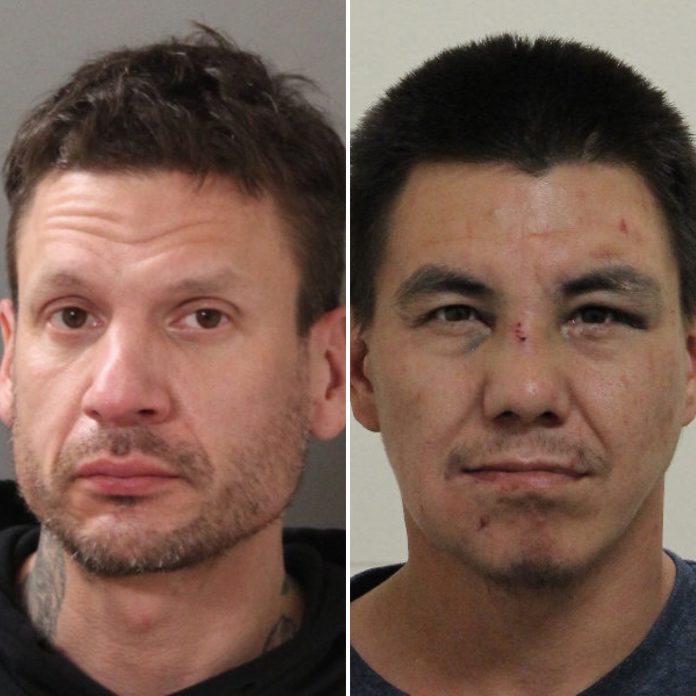 On September 27, 2021 at approximately 5 p.m., Yorkton RCMP received a complaint that three inmates of Whitespruce Provincial Training Centre had left a work/training site and couldn’t be located.

The inmates were last seen on September 27 at 3:30 p.m. on 2nd Avenue North in Yorkton.

Officers have located one of the inmates, but are now asking for the public’s assistance in locating the other two.

James Hadwen is 45 years old. He is approximately 6’3” and 200 lb. He has brown hair and brown eyes. He was last seen wearing a t-shirt. He has ties to Alberta.

Steven Mahingen is 34 years old. He is approximately 5’7” and 150 lb. He has black hair and brown eyes. He was last seen wearing a blue long-sleeved sweater. He has ties to Kawacatoose First Nation.

If you see either James Hadwen or Steven Mahingen, or have information on their whereabouts, call the Yorkton RCMP at 306-786-2400. Information can also be submitted anonymously through Crime Stoppers by calling 1-800-222-TIPS (8477) or online atwww.saskcrimestoppers.com.