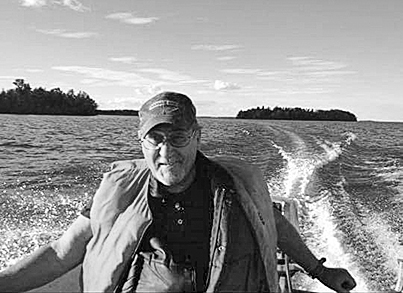 It is with great sadness that we announce the sudden passing of Ray Johnson.
Ray is survived by the mother of his children, Mary Johnson; daughters, Loretta Johnson, Carla (Jason) Powell and Shannon (Wren)
Austman; grandchildren, Jazmyne, Saffron, Koebe,
Connell, Ivy and Aedan; sister, Marlene (Kenny) Tebbutt; best friend, Wolfgang Herman; and many nieces and nephews.
He was predeceased by his parents, Edith and Carl Johnson; brother, Virgil Johnson; nephew, Larry Tebbutt; and many friends.
Ray was born on the homestead in Stockholm, Sask. He was an avid hunter, trapper and outdoorsman who spent most of his time outside. Ray was very handy and obtained many skills throughout the years from carpentry – building a house in Dalmeny and a cabin in La Ronge; and fixing and selling cars. He enjoyed sharing his passions and skills with his family and friends.
Ray will be missed by all who knew him. In lieu of flowers, donations may be made to the Heart and Stroke Foundation, Egadz or the Salvation Army. Condolences may be sent to www.hillcrestmemorial.ca