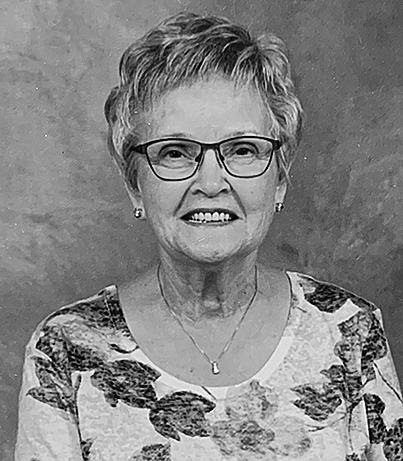 It is with sadness that we announce the passing of Joanne Holitski, who left this world peacefully on Monday, June 28, 2021 at 78 years of age at St. Paul’s Hospital in Saskatoon surrounded by her loving family.
Joanne was born March 28,1943 in Moose Jaw, Sask., the daughter of Anton and Theresa (nee Deck) Schlosser.
When Joanne was young her family lived in New Westminster, B.C. and then moved to Lajord, Sask. where they lived until Joanne was in Grade 8 at which time they moved to Regina. Joanne attended high school at Sacred Heart Academy in Regina. She completed her first year of nursing school and would have made an exceptional nurse but decided that was not the path for her.
As a young adult Joanne worked at SaskTel, it was while she was living in Regina and working at SaskTel that she met her husband, Jack Holitski, and they were married on Oct.17, 1964 in Regina. Jack and Joanne then moved to Jack’s family farm near Killaly, Sask. and they had four children. They lived and worked on the farm for over 40 years. Along with farming and raising four children, Joanne also worked as the postmaster at the post office in Killaly from 1979-2008. Joanne and Jack enjoyed golfing, fishing and gardening together.
Once retired they moved to St. Brieux, Sask. in June 2008 where they continued to live until Jack passed away in October of 2017. For the final two years of Joanne’s life, she was very fortunate to live in Saskatoon close to her three daughters. Joanne had three daughters, five grandchildren, and two great-grandchildren and she enjoyed spending time with all of them.
Joanne was predeceased by her husband, Jack Holitski; her son, Glen Holitski; her parents, Anton and Theresa Schlosser; her nephew, Scott Schlosser; and her son-in-law, Glen Doerksen.
Joanne leaves to celebrate her life: her daughters, Karen, Laura, Donna (Bruce); grandchildren, Ryan (Jewels), Cameron (Brittany), Shane, Melissa (Mason), Noah; great-grandchildren, Kaden and Peyton; her siblings, Jim (Betty), Carol (Jerry), Sharon (Al), Kathy, Teri (Duc).
Joanne had numerous cousins, nieces, nephews and other relatives and friends that were a very important part of her life.
The family would like to acknowledge the incredible staff, doctors and nurses that cared for our mother in the final days of her life on the palliative ward at St. Paul’s Hospital in Saskatoon. The kindness and dignity that was shown to our mother was truly beautiful and we can never thank them enough.
In remembrance of Joanne’s life, the family asks that any charitable donations be made to Palliative Care at St. Paul’s Hospital. St. Paul’s Hospital Foundation, 1702 20th Street West, Saskatoon, SK S7M 0Z9, 306-655-6027.
Arrangements have been entrusted to the Martens Warman Funeral Home.