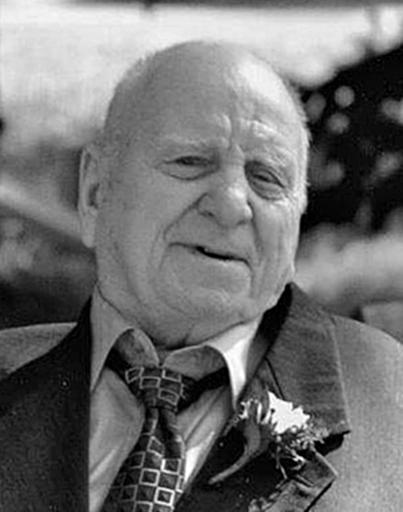 It is with much sadness, but also with grateful hearts for a long and full life, that our family announces the passing of William (Bill) Henderson Blyth, late of Whitewood, SK, on Thursday, March 18, 2021, at the age of 95 years, with family at his side.
Bill’s memory will be forever cherished by his loving family: his four children, Allan (Linda) Blyth, Donna (Dave) Smeets, Brenda (Brad) Friess and Myrna (Scott) Shaw; his grandchildren, great-grandchildren and great-great-grandchild, Derek, Kari, Hudson and Alix Blyth, Jeremy, Emily and Hannah Blyth, Craig,
Juniper, Gage, Amaya, Sophie and Zane Blyth, James, Darci,
Kullea, Aliah and Skye Blyth, Jason, Jannah, Randi and Jake Smeets, Kurtis, Andrea, Dexton and Myka Smeets, Conner Friess, Brendan Shaw and Marc Shaw; his brother-in-law, John Bierd; as well as numerous special nieces and nephews. Bill was predeceased by his parents, George and Ethel Blyth; all his siblings, Ernie (Olive) House, Les (Laura) Blyth, Florence (Ivan) Knowles, Freda (George) Beer and Stan (Lois) Blyth; his loving wife of 72 years, Doreen (2020); and his granddaughter, Tricia Blyth (2014).
Bill was born in Wapella, SK, on May 5, 1925, to George and Ethel Blyth. He was the youngest of six children. Bill was raised on the farm and was involved with the operation of the farm from a very young age. After becoming engaged on Christmas Eve 1946, he married the love of his life,
Doreen McPhee, on June 9, 1947. Bill and Doreen started their married life on the farm and continued to farm in the Parkin district for many years where they raised their four children. Life was good!
Bill had many interests. For 57 years, he was a faithful and active member of the Knights of Columbus. Bill was an avid ball player and enjoyed both playing and coaching ball. He enjoyed dancing, socializing, travelling, curling and playing billiards. Bill especially loved to play crib, and he didn’t mind skunking anyone willing to play against him. He was a gentle man and usually had a smile on his face but could be feisty when called for. He had a great sense of humour and enjoyed a good laugh.
Throughout his lifetime, Bill had numerous jobs including work with SaskPower, Whitewood Rural Telephone Company, Walter Reynold’s Electric and working as maintenance engineer at the Whitewood Hospital. After the family moved to town, Bill never lost his love of farming and continued to farm a quarter section of land south of town. He had a very strong work ethic and could be found chopping wood for his fireplace, pushing snow with his beloved tractor for his neighbours or fixing a bike for his grandkids. But above all, Bill loved his family beyond measure. He was loved and was a blessing to all of us. He leaves a legacy of love to his children, his grandchildren, his great-grandchildren and his great-great-grandchild.
The family would like to thank the staff at the Whitewood Community Health Centre for loving Bill like he was their own Dad and for the exceptional care he received over the past three years. Those so wishing may make donations in memory of Bill Blyth to the Whitewood Community Health Centre, Box 699, Whitewood, SK, SOG 5CO.
A private family graveside service took place on Thursday, March 25, 2021, at the Whitewood Cemetery with the Rev. Father Tomy Mandapathil officiating.
Funeral arrangements have been entrusted to Matthews Funeral Home, Whitewood.