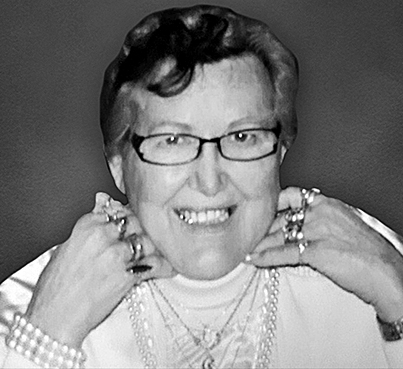 Beatrice Cooper of Calgary, AB, passed away on Sunday, Feb. 14, 2021 at the age of 84 years.
Bea was born in Whitewood, SK on Oct. 25, 1936 to Henry and Ethel Nelson. She moved to Calgary, AB in 1966. Bea married Douglas in 1992.
She worked as a letter carrier for Canada Post. She was a member of the Royal Canadian Legion.
Bea is survived by her son and daughter-in-law, Reynold and Maureen Erickson of Calgary; daughter Arlene Nerrie of Calgary; three grandchildren, Jesse McCabe (Lindsey Degagne) of Calgary, Breanne Gilchrist (Adrian) of Calgary, Shae Erickson (Brae-Lea) of Calgary; and three great-grandchildren, Kieran and Noah McCabe as well as Presley
Erickson.
She is also survived by her two brothers and sisters-in-law, Merle and Colleen Nelson and Lyle and Doreen
Nelson; and one sister and brother-in-law, Valerie and Ken Holderbein.
Bea was predeceased by her husband Douglas and her parents, Ethel and Henry Nelson.
A private family service will be held at a later date. Condolences, memories and photos may be shared and viewed on Bea’s obituary at www.McInnisandHolloway.com
In living memory of Beatrice Cooper, a tree will be planted in the Ann & Sandy Cross Conservation Area by McINNIS & HOLLOWAY FUNERAL HOMES, Fish Creek, 14441 Bannister Road SE, Calgary, AB T2X 3J3, Telephone: 403-256-9575.