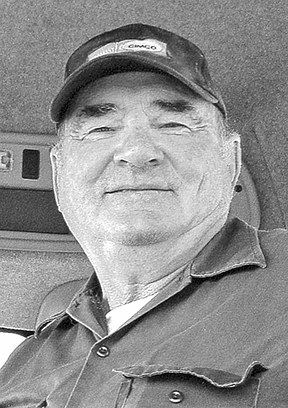 Peacefully with family by his side Murray Hoggarth passed away on Sunday, April 26, 2015 at the Portage District General Hospital at the age of 67 years. Born May 24, 1947 in Whitewood, SK., Murray was a plumber and pipe fitter by trade and he worked for the Portage School Division. After his retirement he worked for friends and neighbours. Murray was a Mr. Fix-it. He was always repairing things for family, friends and neighbours. There was no job he wouldn’t tackle. Murray was always ready, willing and able to help.Murray worshipped his wife and children and enjoyed spending every moment he could with his grandchildren. He had a zest for life, whether it was working, tinkering, enjoying the outdoors, fishing or cheering on his beloved Portage Terriers.

Murray was predeceased by father Oliver; parents-in-law Harvé and Doris Arpin; brother Larry Hoggarth; sisters-in-laws Elva Hemsing and Irene Hoggarth. Left to cherish his memory are his beloved wife Hélène of Portage la Prairie, children Tom (Jennifer) Hoggarth of Amherstview ON, Janice (Marcel) Ducharme of Kingston ON, Bob Hoggarth (Dr. Leslie Thorne) of Winnipeg and Christina (Sean) Flanagan of Edmonton AB; grandchildren Stacey and Mack Hoggarth, Matt, Cam and Justin Ducharme and Aeryn, Keira and Liam Flanagan; his mother Vangie Hoggarth of Whitewood Sask; brother Gerald Hoggarth (Christine Ratch) of Regina Sask; niece Lenora (David) Griemann and nephew Michael Hoggarth (Candice Funk) and their families. A service to celebrate Murray’s life was held on May 1, 2015 at the St. Mary’s Anglican Church in Portage la Prairie, MB. He was interned at the Evergreen Memorial Gardens. A tree will be planted in memory and cared for by McKenzies Portage Funeral Chapel.  204-857-4021www.mckenziesportagefuneralchapel.com