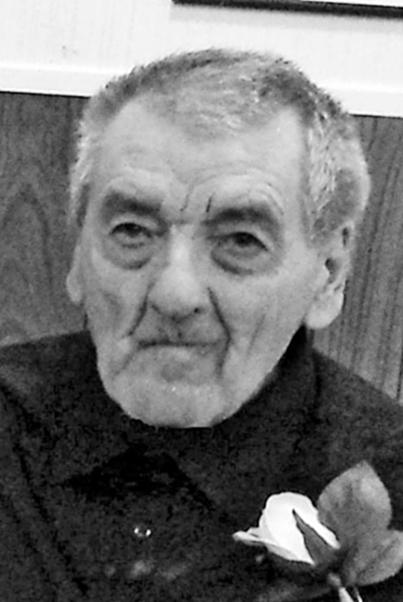 George Melville Friesen passed away peacefully on Friday, Oct. 7, 2022, at 12:40 p.m., with family by his side giving reassuring words and prayers.
George was born on March 2, 1932, in Morris, MB, to Isaac and Maria Friesen. He was baptized as an adult at St. Paul’s Lutheran Church in Melville and attended school at Central School in Melville. Both of George’s parents’ family descended from Russia and were Mennonites.
Dad worked hard all of his life and endured many tough times in the depression years in the 1930s, plus he was born very ill. For the first 12 years of his life, he wasn’t even able to start school because he was so sick. His health eventually stabilized, and he started school at age 12 at Central School in Melville. At 14 years old, he had to do his schoolwork plus started working with his dad for the town of Melville. By age 18, times were very difficult for the Friesen family, as Dad’s mom became very sick. To make ends meet, Dad and his dad went to Spuzzum, BC, where they were hired by CN to do dynamiting of the mountains to make the tunnels for the railway. They both sent all of their money back home to take care of the family. They worked for two years on the camps, then came back home to Melville.
In 1961, Dad again started with the CN and put in 30 years until he retired with a full pension. In 1966 Dad met his future wife, Maxine Armbruster, and they got married in 1966. In 1967 their first child, Robert, was born. Two years later, they had their second child, another son, Kevin. This family of four were together until 1990 when they were gifted a grandson, Skylar. The birth of his grandson was pure joy to Dad. Retirement came roughly at the same time. This small family grew into a fourth generation of four more great-grandchildren, Evalyn, Skylar Jr., Lillian and Kylar. This was a very tight-knit four generations family.
Dad was a hard worker and a good provider for his family. He met all of our needs and wants all of our lives. He was a terrific, loyal husband, a responsible person who believed in always doing good. He was very honest, humble and willing to help anybody. Dad was also a huge part of his grandson’s life. Skylar and his grandpa did many things together all the time. Dad went to all of Skylar’s hockey games, movies, drove him to school, bought him his first bike, and the list goes on.
Dad’s health suddenly went downhill fast in many different ways, and he had to go into St. Paul Lutheran Home in November 2013. He became blind, had a stroke, got cancer, and more, but he always battled back.
Dad lost the love of his life, Maxine, in 2019. Life wasn’t the same without her, as she was missed by everyone. We still had barbecues with Dad every week. He loved being outside with his great-grandchildren and family. Dad’s mind was great right to his death; it was only the last day where he became incoherent. He started to decline two weeks before his death.
George was known to be a fast runner and athletic. He really loved hockey, Toronto Maple Leafs and Melville Millionaires. George was a member of the Legion all his life until he went into the nursing home. He received a citizen acknowledgement award for picking garbage and litter and carrying it to garbage cans many blocks away. George was also a really good pool player, having won numerous trophies and plaques. He played pool until he was 80 years old.
George travelled to numerous cities to visit family and friends – Vancouver, Calgary, Edmonton, Winnipeg. He liked old-time polkas and waltzes and Stompin’ Tom Connors. He played harmonica and the button box accordion. George also read the bible every day until he lost his sight.
George was predeceased by his wife, Maxine; dad Isaac; mom Marie; sister Kay; brother Bruce; brother Harvey. He leaves to mourn: his sons, Robert and Kevin; grandson Skylar; great-grandchildren Evalyn, Skylar Jr., Lillian and Kylar; sister Alice; many nephews and nieces; and numerous brothers- and sisters-in-law.
A prayer service for George was held Friday, Oct. 14, 2022, at Matthews Funeral Home, Melville, with Ray Yost presiding. The funeral service was held Saturday, Oct. 15, 2022, at St. Paul’s Lutheran Church, Melville. Ray Yost officiated and the organist was Gaylene Matthews. The eulogy was presented by Rob Friesen at the reception following burial. Interment took place in the Melville City Cemetery with Daryl Goebel, Howard Anderson, Russell Henderson, Darcy Sies, Lorne Miller and Derek Friesen acting as pallbearers.
Arrangements were entrusted to Matthews Funeral Home, Melville.