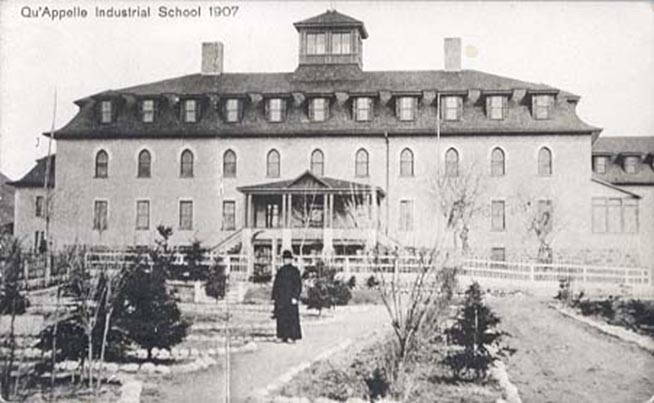 Several interested community members gathered at the Indian Head Grand Theatre on Wednesday, Oct. 5 to meet Tony Stevenson and his wife Marcia, and learn about the impact of Residential Schools.
Stevenson attended Qu’Appelle Indian Residential School operated by the Roman Catholic Church in Lebret for ten years; his wife was also a student at the Lebret school. During his visit to Indian Head, Stevenson spoke about his personal struggle with depression, as well as the impact of the residential school system on his relatives. This was followed by a screening of the documentary We Were Children. The film portrays the life of Glen Anaquod, who also attended Qu’Appelle Indian Residential School, and Lyna Hart, a residential school survivor from Manitoba.
In his presentation, Stevenson explained how he is able to use his personal experience and legal training to help others. He has endeavored to stamp out racism in the workforce. He also assists clients working through the residential school compensation process. Recently, his efforts have taken an educational turn as he travels to schools, libraries, and other venues to share his perspective with audiences.
“He’s trying to poke holes in the stereotypes. He’s a fantastic, friendly guy but he doesn’t mince words, which is refreshing,” noted Indian Head Librarian Vanessa MacDonald, who helped organized the presentation at the Grand Theatre.
Southeast Regional Library is endeavoring to incorporate more Indigenous content into its programing and MacDonald felt that Stevenson could provide valuable insights to community members.
Grants from Southeast District and the Saskatchewan Library Association covered expenses so that the program could be offered to the community free of charge.