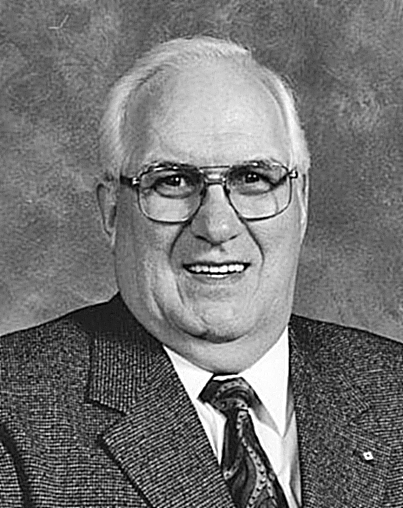 It is with heavy hearts that the family of Remi Berthelet is letting you know that our Dad is once again holding our Mom’s hand, in heaven. He passed away peacefully on Monday, Sept. 26, 2022, at the age of 86 years.
Remi was born April 1, 1936, in Laurier, MB, to Joseph Ovide and Emilie (Assailly) Berthelet.
While working for Utah Construction at the site of Saskatchewan’s first potash mine near Esterhazy, he met the love of his life, Marion, who was working at the same site for Schentag Construction. They were married on Aug. 1, 1959, in Whitewood, SK, and together they raised four children. They enjoyed family, camping, golfing, travelling, and Remi especially enjoyed the annual “Berthelet Boys Fish for the Belt”, which will continue on in his memory.
Remi will be missed by his children: son Lawrence and Shirley, along with their children, Samantha, Jeff and Maia Down; Frank Berthelet; Josee Berthelet and Bryton Thorarinssson; Claire and Koltyn Schentag; Rachel Berthelet; and Remi David Berthelet; daughter Eola and Allan Stevenson, along with their children, Jenelle, Doug and Nixon Munroe; Emily, Scott, Felix and George Drotar; daughter Paula and Dean Armstrong, along with their children, Evan Armstrong and Emily Zerr; and Erin Armstrong and James Miller; son Remi Anthony Berthelet.
Remi will also be missed by his siblings, Paul and Elaine Berthelet, Colette and John Mozol, and Roger Berthelet; Betty Berthelet; Marion’s siblings, Betty and Eric Nixon. Remi is also survived by numerous nieces, nephews, great-nieces and -nephews, and cousins.
Remi was predeceased by his beloved wife, Marion (Dancsok); siblings Ray Berthelet, Eola and Al Johnson, and Barb Berthelet; Marion’s siblings, Edward Dancsok, Douglas and Imelda Dancsok, Louise and Fred MacDonald, David and Kay Dancsok, and Lawrence and Clara Dancsok.
A vigil service was held on Thursday, Sept. 29 and Mass of Christian Burial was celebrated Friday, Sept. 30, 2022, at St. Joseph’s Roman Catholic Church, Whitewood, with the Rev. Fr. Tomy Mandapathil celebrating. Music for both services was provided by Lawrence Berthelet and Anthony Berthelet. The eulogy was presented by Lawrence Berthelet. Interment took place in the Kaposvar Cemetery near Esterhazy.
Arrangements were entrusted to Matthews Funeral Home, Whitewood and Melville.