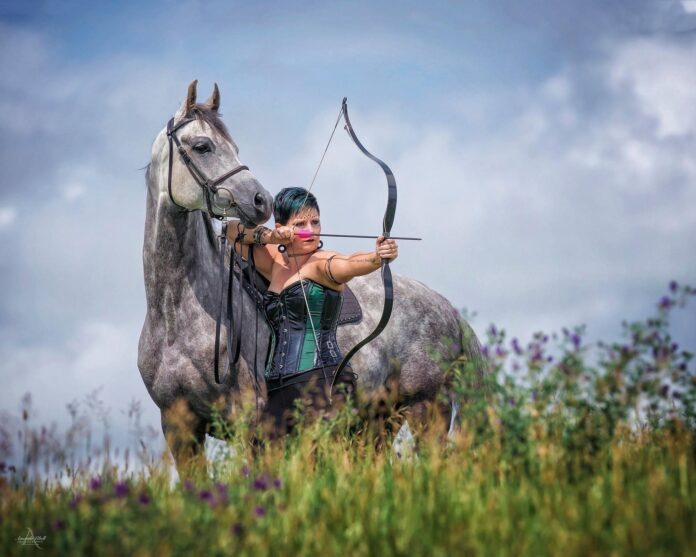 Renee Lupien-Smulan has learned a great deal about Lyme Disease.

None of the knowledge she’s gained about the disease has offered much comfort.

Yet Lupien-Smulan understands that not knowing about Lyme Disease is much worse.

Because for years – Lupien-Smulan suffered from Lyme Disease – without knowing that was the enemy that seemed so intent on devouring her.

Lyme Disease is an inflammatory infection caused by the borriela burgdoferi bacteria – which commonly infects birds, small rodents and deer and is spread to humans through tick bites.

According to the Canadian Lyme Disease Foundation website – there are 3 stages of Lyme Disease that are often “blurred together quite rapidly.”.

Early infection (which occurs in the days immediately after a person is bitten by an infected tick) is the stage during which the disease is “most treatable”.

Treatment and diagnosis become more difficult as the infection spreads and the disease enters its second phase.

Lupien-Smulan notes that those suffering from Lyme Disease endure increasing severe attacks that can include a wide variety of symptoms (ranging from flu-like symptoms to neurological illnesses, including paralysis).

“Lyme Disease is an insidious disease. It will go into remission. Then it will come back. When it comes back, it gains ground. And it never gives anything back.

“As well, the bacteria that causes Lyme Disease is a spiral shape (like a corkscrew). It can invade any tissue in your body – including your brain – because it can pass through the blood/brain barrier. That’s why there is such a wide range of symptoms.”

If left untreated or not treated properly, the disease will advance into the Third Stage called “Chronic Lyme Disease” during which any system of the body can be affected.

Lupien-Smulan says that in her case – that initial stage of the disease went undiagnosed.

“When I was in my teens in Wawota (during the 1990s) I had an unexplained illness that lasted a long time. I felt horrible. My symptoms were flu-like, as is usually the case with the early stage. All I wanted to do was sleep. The doctors suspected Mono. But all the tests came back negative.

“They had no idea what was wrong with me. They finally recommended that I go and see a psychiatrist in Regina, because they suspected that I might be suffering from depression or abuse.

“After that, I began having some joint pain. That isn’t something that is common for teenagers. But it’s funny how much a person can ‘get used to’.

“After I graduated, I purchased a farm near Tisdale and started training horses professionally. But more and more – I found I was feeling sick and didn’t know why.

“I also started looking for treatment for the joint pain I was going through.

“No matter what I tried, it kept getting worse.

“Eventually, it got to the point where I felt that I couldn’t do the work I was doing anymore. The pain was just taking all of the joy out of it for me. So, in 2012 I sold the farm and came back home to Wawota.”

Lupien-Smulan took on several different jobs after she returned to Wawota.

But she found that her deteriorating health made it increasingly difficult to work.

“I just kept on getting worse. My muscle and joint pain were overwhelming. I was experiencing brain fog and confusion. By 2014, I was experiencing neurological problems. I started tripping for no reason and falling downstairs. I was having trouble reaching out to grab things because I couldn’t tell how far away from me things were.

“They did a bunch of tests. Doctors thought I might have MS, Lupus or a brain tumor. But they couldn’t find anything conclusive other than the fact that I had a lot of inflammation, and my liver was inflamed.”

The physical strain coupled with the stress of not knowing what was causing her illness, caused Lupien-Smulan to turn away from her family and leave Wawota again.

But her mysterious enemy left with her.

“At that point, I was miserable. I had a falling out with my family and moved to Prince George, BC. My idea was that I would work in a stable and pursue a graphic design diploma.

“But I just kept getting sicker.

“I was beginning to experience multiple organ system failure – along with tremors and seizures. The pain was terrible. And nobody could tell me why this was happening.

“Finally, I got to the point where I thought about taking my life.

“I’ve heard other Lyme sufferers talk about reaching that place – where you have no answers – no relief – and no hope. That’s the place where I was.”

At that critical point – Lupien-Smulan met somebody who suggested an answer.

“I went and saw a Naturopath in Terrace, BC. He told me that he thought I might have Lyme Disease. I told him that I’d been tested for that. But he said that the tests that were being done in Canada weren’t always reliable.

“It was suggested to me that I should contact a Chinese Medicine Specialist in Calgary. I was told that she specialized in Lyme Disease and suffered with it herself. So, I went to Calgary to see her. I had a test done that was sent away to the United States. That test came back positive for Lyme Disease.”

With the help of this specialist, Lupien-Smulan began a regime of supplements and dietary changes that were designed to bring her back to a more stable physical state. This was followed by a series of treatments designed to slowly force the Lyme Disease into remission.

At the same time, she began to learn more about the enemy she’d battled so long.

“When the environment inside your body is hospitable for the borriela burgdoferi bacteria – it remains most active in its spirochete (spiral) form and causes infection.

“But if the bacteria is threatened, it changes shape to protect itself and becomes impervious to many treatments. So, treating it becomes much more difficult.

“At the same time, when something kills that bacterium, it releases endotoxins as it dies. Those endotoxins poison your body. So, you can only treat Lyme Disease as fast as your body is able to detoxify and eliminate that poison.

“Once I got to the point where I was physically able to withstand the treatments, I started taking very small doses of antimicrobials and the dosage was gradually increased.

“In my case, my treatment also included a special mixture designed to help with the cognitive and neurological symptoms I was having.

“After each treatment, I would get sick and have to wait for my body to detoxify and eliminate those endotoxins.

“After 8 months, I was up to a full dose of antimicrobials.

“After I’d been in treatment for about a year, I was able to go through a full day without a headache for the first time in 3 years.

“It was wonderful! I’d forgotten what that was like!!”

In 2017, Lupien-Smulan returned home to Wawota again, so that she could have the support system that she needed around her as she began the next stage in her treatment.

“After I came back home, I started doing ‘Pulse’ treatments. You take a full does of several antimicrobials for 3-4 days out of every 2 weeks. That is guaranteed to make you feel horrible – as the dying bacterium releases that poison into your system.

“Once you feel better – you do it again.

“That continues, until the treatment doesn’t make you sick anymore.”

Lupien-Smulan’s pulse treatments ended in 2018 when the disease went into remission. That meant that she was able to enjoy a few years of near normal life.

However, another mysterious illness would bring that respite to an end.

“I had a run-in with Covid, and I think the steroid treatments that I had to take put me into relapse.

“I tried to convince myself that wasn’t the case. But then I started having pain that would begin in my back and move up to become a headache.

“That meningitis-like symptom is unique.

“And it was proof that I was looking at a relapse.

“So, 3 weeks ago, I had to start treatments again.

“But hopefully, this treatment won’t be a long as the first one was.”

After gaining the upper hand on her enemy, Lupien decided to do what she could to help others learn more about Lyme Disease and what can be done to prevent it.

“I’ve started talking to people in my community about Lyme disease, especially in May (which is Lyme Disease Awareness Month). I want to dispel some of the myths that still exist about the disease. And I want to make people aware of what Lyme Disease is and how they can protect themselves.

“It’s important for people to do all they can to prevent tick bites.

“If they check themselves carefully after they’ve been outside – wear light-coloured clothing and keep their pants tucked into their socks – and use an insect repellant that contains DEET – they can reduce their risk of being bitten.

“But if they do get a tick bite, and they experience any redness or itching in the area where the bite occurred – they should get to the doctor immediately and indicate they’ve had a tick bite.

“The ‘bullseye rash’ that people often hear about doesn’t always appear when a person’s been infected. So, people shouldn’t wait to see a rash before they go to the doctor.”

Although her battle with the disease has cost her a great deal, Lupien says that it has also refined her into a more resilient and balanced person.

“This has changed my outlook. I don’t worry about things that aren’t important.

“And I’ve become better at finding a balance in my life.

“I know the battle isn’t over. I’ll have Lyme Disease for the rest of my life.”But this battle has made me a better, happier and more grateful person.”